Guide to Father's Day in The City 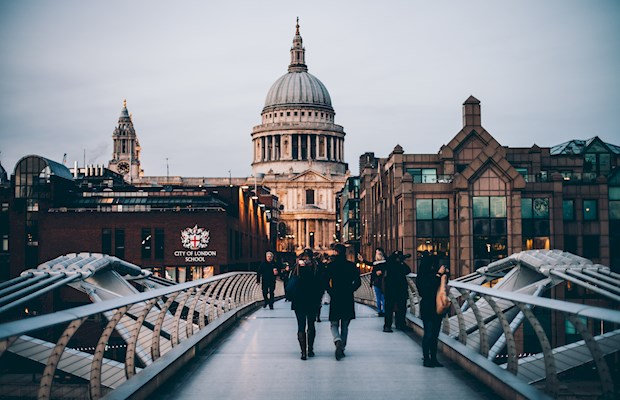 The City of London has everything you could need to spoil your dad this Father’s Day. We've got the low down on the best places to take dad as well as where to shop for the perfect present.

First things first, book a short stay in London and then check out all the options to keep dad happy. If you don’t know where to start, there’s always plenty to do within The Square Mile and we’ve got all the inspiration you need.

Choosing an establishment to dine with dad can be difficult. After all, you want it to be special, but anywhere with small albeit perfect portions are unlikely to be a hit. Check out these places that are sure to tick all the boxes. 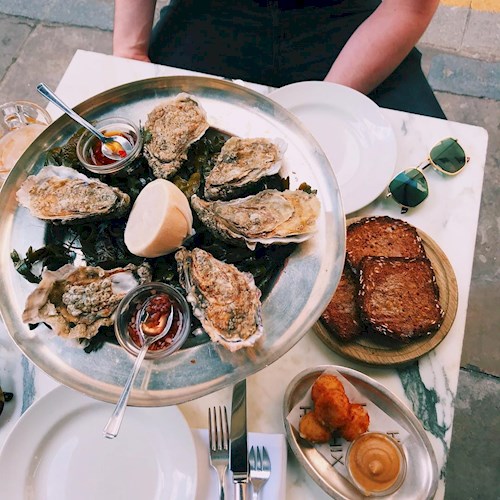 Hix Oyster & Chophouse
Dad will find it hard not to be impressed by this restaurant in Farringdon, with its beautiful tiling and marble oyster bar. The seafood is world-class, but there’s more to the menu if your father isn’t into molluscs and he can accompany it with Hix Oyster Ale instead of wine if he prefers.

Cinnamon Kitchen
You can’t go wrong with a curry from Cinnamon Kitchen. This eatery serves up delicious food that is a step up from the average Indian restaurant. Located in an old spice warehouse just a stone’s throw from Liverpool Street Station, the sophisticated décor and open tandoor grill will really help to add a sense of occasion.

Simpson’s Tavern
As the oldest chophouse in London, having been established in 1757, it’s safe to say that Simpson’s Tavern has come across a winning formula. Make your way to the intriguing address of Ball Court at 38 ½ Cornhill and slide into one of the traditional wood panelled stalls to be served large portions of British classic dishes – dads guaranteed to love it. 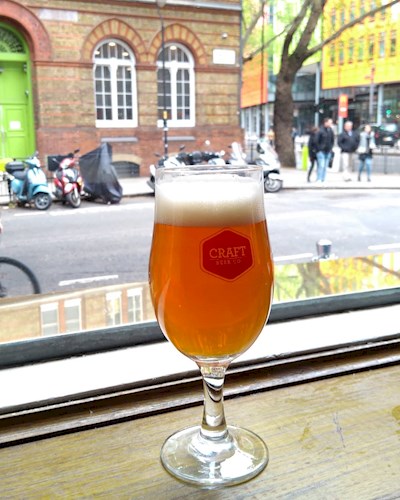 A pint with pops

Sometimes the best move is simply to take your dad out for a pint. After all, it can be the simplest of things that mean the most. Luckily, The City has some wonderful pubs that are great for a father-son or father-daughter drinking session.

Craft Beer Co
When looking for The City branch of Craft Beer Co, the best thing to do is head for the Gherkin, as the St Mary Axe establishment is almost in the famous landmark’s shadow. With 27 constantly changing beers from independent breweries on cask and keg, as well as a selection of bottled offerings, you and your dad will be able to find something to suit your palates.

Hand and Shears
If your dad is a more traditional kind of fellow, who is happy with a pint of Landlord in hand, then make your way to the Hand and Shears. This historic establishment is not far from the Barbican and is something of a hidden gem. With four ales on tap and a good old-fashioned pub vibe, you and dad will be able to have a good chinwag.

Old Bank of England
Ramp it up a gear at the Old Bank of England pub, which was once part of that grand institution and has the pomp and splendour you would associate with such a place. There may no longer be gold bullion housed in the vaults beneath it but look up and enjoy the stunning decorative ceiling and wall paintings. Operated by Fuller’s, the beer selection is standard, but you are here for the surroundings. 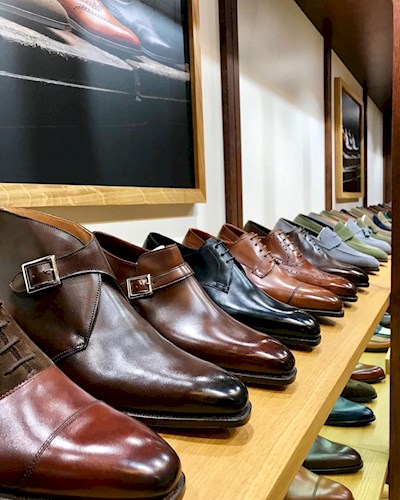 As the oldest part of London, there are several fantastic shops that have a long history and specialist knowledge. This means getting the perfect gift for your dad in The City can be a great experience for yourself.

You’ll find everything from finely crafted cufflinks to hip flasks and everything in between. There’s silverware dating back to the 16th century, as well as more modern items. You’re bound to find something to suit your father, whatever his tastes.

Crockett & Jones
Really spoil dad with a pair of classic shoes from Crockett & Jones. While this approach requires a certain amount of confidence in both your dad’s shoe size and style, it could be an absolute winner. Having been making brogues, loafers and Oxfords for in excess of 125 years and still run by the family of one of the founding members, Crockett & Jones knows its shoes.
Find The City branch of Crockett & Jones in The Royal Exchange.

City of London Distillery
London and gin go together like… well fish and chips, so it’s surprising that for nearly 200 years there was nobody producing it within The Square Mile. That all changed back in 2012 when the City of London Distillery opened its doors and has been going from strength to strength ever since. It produces award-winning high-quality gin with a real sense of place.
If your dad likes a bit of a tipple then treat him to a bottle of City of London Dry Gin, Christopher Wren Gin or Square Mile Gin.

Why not book dad a weekend stay in London?

We have apartments he'll love!