Guide to the London Marathon 2019 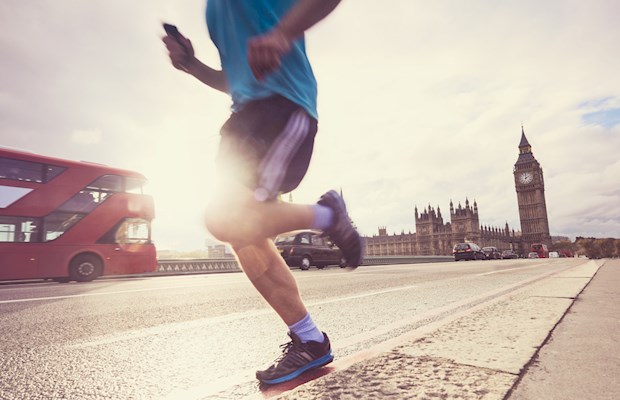 On Sunday 28th April thousands of people will line up to begin the London Marathon, which this year saw a world record of 414,168 applicants. Whether you’re planning to go along to support a loved one or you just want to see the spectacle unfold, you need to make sure you’re prepared for this unbelievable event.

The London Marathon starts at three different points along Blackheath and finishes in The Mall right next to St James’s Park. Runners will know where they need to be to begin the race and it is advisable that spectators don’t try to get to the start, as it will be very busy. It’s much better to set off for a great viewing spot further down the line and wait for your loved one to shoot past.

With many of London’s roads being closed on race day, the easiest way to get around is by public transport. The most efficient way to travel is either the London Underground, the Docklands Light Railway (DLR) or the London Overground as they all provide extra services on the day of the race.

Miles 13 and 22 – this is a great place to be positioned, as the marathon route doubles back on yourself and allows you to see specific runners twice. Get here by taking the DLR or Overground train services to Shadwell station.

Mile 16 – with the popular viewing point of the Heron Quay roundabout at mile 15 out of the equation again this year due to construction work, spectators should head for mile 16 instead. This is particularly handy for those staying at Canary Wharf, but those accommodated further afield can take the DLR to Heron Quay or the Tube to Canary Wharf.

Mile 17 – a little bit further on, this section of the route tends to be a lot less crowded, making it great for spotting your runner. You can also give them such much-needed encouragement with less than 10 miles to go and fewer spectators cheering them on. Take the DLR to Mudchute.

Mile 24 – see the runners emerge from the underpass and get a good idea about the time it will likely take them to make it to the finish, before heading there yourself. Alight the train at London Blackfriars.

Mile 25 – one of the last opportunities to see your runner before the end and probably when they’ll need your support the most. Participants tend to be well spread out at this point and easier to spot. Embankment Tube station and Charing Cross Overground are closest to this location. From here you can walk to the finish to congratulate your runner.

It’s advisable to get in position early so you can bag yourself a good viewing spot. While the masses won’t expect to make their way over the start line until well after 10am, you won’t be waiting too long before participants come your way. The Elite Wheelchair Race kicks off at 9:05am, the World Para Athletics Marathon Championships Ambulant Athletes at 9:10am, the Elite Women’s Race at 9:25am and the Elite Men’s Race finally at 10:10am. Don’t expect to see anyone in fancy dress until a while later, when the charity runners and those participating to challenge themselves set off.

Make sure you have everything you need for a long day of spectating – think comfortable clothes and shoes, maybe a portable chair. Be prepared for all kinds of weather, rain or sudden heatwave – rain jackets, layers and sunscreen, but try not to bring too bulky a bag, as you’ll only have to navigate through the crowds with it.

You will be able to track your runner on the London Marathon website on race day. They run through timing points every five kilometres, which will mark their progress and predict where they will be at certain times based on their pace. You’ll be able to access this information by searching their surname or running number on the system.

Meeting up at the end

A designated meeting area will have been set up by the marathon organisers at the end of the race. It will be located on Horse Guards Road and can be reached by St James’s Park and Victoria stations. Those who disembark at Charing Cross or Embankment will have to walk further but may find these stations are less congested.

The tried and tested method of separating the meeting area into sections of the alphabet will help you to find your runner. Decide in advance at which letter you will congregate – their forename or surname is the general rule – and don’t rely on getting in touch by phone as the networks are expected to be very busy.

Runners should have a good idea as to the time they are expected to achieve, although an additional 15 minutes should be added on for them to make their way to the meeting area from the finishing line. It’s best to wait at your pre-arranged spot until they arrive, bearing in mind they are more likely to be later than earlier than predicted. If you have seen them earlier on the route, you’ll have a good idea about the pace they were running at.

Pubs near the finish line

After 26 miles and 385 yards, the runner you have come to support is likely to be in need of a drink. You’ll probably want one too, as spectating is also thirsty work. Celebrate their incredible achievement at one of the pubs in the vicinity. Here’s a rundown of some of the best:

The Phoenix – located on Palace Street, this pleasant pub is a short walk from Buckingham Palace, The Mall and most importantly, the finish line. As well as a good selection of cold beverages, you can tuck into some hearty food from the seasonal menu.

Inn the Park – as its name suggests, this place is right in the heart of St James’s Park, hidden among the trees. There’s a waterside terrace and if the weather’s good you can enjoy some well-deserved drinks outside. The main cafe has recently undergone a complete refurbishment and is planned to be reopened in time for the London Marathon.

St Stephen’s Tavern – Grade II-listed pub with a pint of craft ale with your runner’s name on it. Find it opposite the Houses of Parliament.

Bag O’ Nails – this traditional pub on Buckingham Palace Road has an upstairs dining room and outdoor seating, meaning it will suit your needs whatever they are after the race has finished.

Is this your first marathon? Then be sure to check out Hobby Help's Ultimate Beginner's Guide to Running Your First Marathon for all the basic tips and tricks.

We have a wide range of properties throughout London!