Plantage and the East Canal District: The evolution of Amsterdam’s chicest neighbourhoods

The Wittenberg is located in the Plantage neighbourhood of Amsterdam, with the wider East Canal District surrounding and opening up even more sightseeing opportunities.

As we here at SACO excitedly anticipate the opening of our newest aparthotel - Wittenburg - in Amsterdam, it’s worth taking a closer look at the surrounding neighbourhoods. Sometimes described as the cultural garden of Amsterdam, Plantage has been chosen as the perfect destination for visitors. Meanwhile, the wider East Canal District has even more to offer.

To understand exactly where these neighbourhoods sit within the heritage and cultural life of Amsterdam, it’s worth delving into their evolution.

Plantage’s origins date back to the 17th century, when the city of Amsterdam was doing particularly well in terms of trade and commerce. As a result, it was growing quickly and a new neighbourhood was proposed to accommodate the swelling number of inhabitants.

The city council’s plans to create such a district on swampy land to the east of Amsterdam turned out to be on a larger scale than necessary. This meant that after the plots were all laid out by 1680, many of them went unsold, leading to residents taking on the vacant lots as gardens and making it a very green neighbourhood right from the start.

By the 19th century, properties in Plantage were much sought after, as the neighbourhood represented a good quality of life for city living in Amsterdam. Many cultural institutions, including theatres and dance halls, were constructed during this time, laying the foundations of the scene to this day.

The Jewish quarter of Plantage was an area that flourished particularly throughout this period, with many buildings, synagogues and markets built to facilitate the everyday life of the community. Visit the Jewish Historical Museum and Resistance Museum to find out more about Plantage’s Jewish population and the impact World War II had on it. 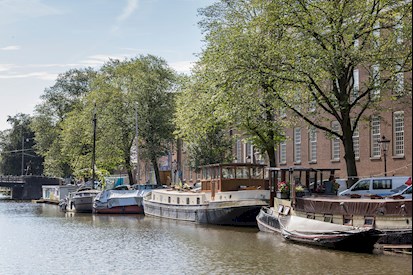 Plantage sits within the wider context of the East Canal District, which was itself part of an expansion project in Amsterdam’s golden age. It stretches from Utrechtsestraat to Muidergracht and between Rembrandtsplein and Singelgracht.

Excavation of the canals, which was carried out around 1658, gave structure to the area and allowed for efficient transport in the time before motorised vehicles. From here, the East Canal District evolved and a number of buildings, bridges and other infrastructure from the intervening years can still be seen.

Look out for the timber Amstel Church on the west side of Prinsengracht - a peaceful open square - which dates back to 1670. The original Magere Bruge drawbridge was constructed in 1670 to provide a crossing over the Amstel River, but was rebuilt in 1871 to make it wider. 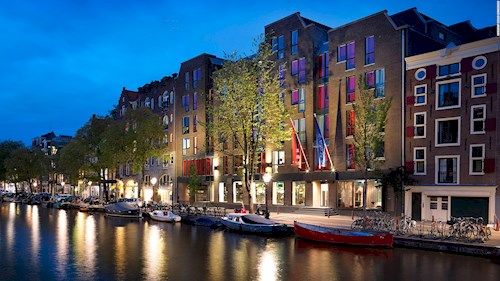 Tick these off while at the Wittenberg

While staying at the Wittenberg, you should make sure you visit the following:

·         Carre Theatre - Don’t forget to look up when visiting the biggest theatre in Amsterdam, which dates back to 1887, as the roof, with its decorative steel arches, was designed by none other than Gustave Eiffel.

·         Verzetsmuseum - Containing large photographs, vintage posters and a selection of objects, the Dutch Resistance Museum paints a picture of what life was like in the Nazi-occupied Netherlands between 1940 and 1945.

·         Hortus Botanicus - Among the oldest botanical gardens in the world, this wonderful green space with exotic planting has been delighting residents of visitors to Amsterdam since 1638. It started out as a medicine garden, but has branched out (pun intended!) over the years.

·         Micropia - A museum dedicated to microbes may not sound like the most thrilling way to spend your holiday or precious time between business commitments, but allow yourself to be convinced. It’s interactive and will open your eyes to the many roles microbes play in everyday life. 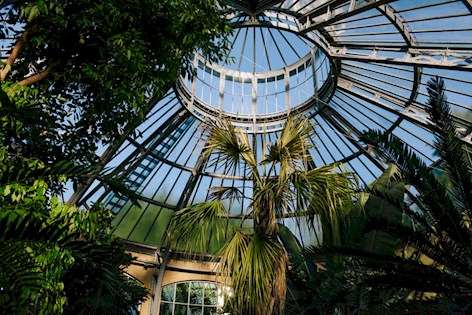