Know what to look out for to discover rare vinyl amongst your record collection.

Vinyl has seen a huge comeback in recent years, with a new generation revelling in that feeling of walking home with a record clutched to their chests. That’s why the annual Record Store Day celebration has proved such a hit. This year, it is marked on April 22nd and events are being held in shops large and small all across the country, from London to Glasgow, Bath to Leeds. 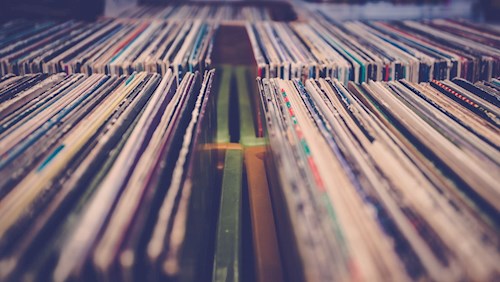 If you’ve got time booked in a serviced apartment that coincides with Record Store Day, you’re sure to find something to interest you and a chance to boost your vinyl collection. Otherwise, it’s worth looking closer to home and perhaps paying attention to some of the finer details of the records you already own.

While we all have our favourites – whether it’s due to the musical content or the stunning artwork – there are some records that may be worth more money than you realise. From limited edition releases to mistakes in the production that were quickly rectified, there are a number of things that can mean records are more valuable than you’d think.

Here’s what to look out for:

If you’re trying to decipher whether a record is an original or a later version, check to see if it was produced in mono, as many re-presses were done in stereo.

To double check if your vinyl is original, do a quick online search for the date and label it came out on. This cross-referencing can make all the difference.

A record could be decades old but never have been played, meaning it is still in mint condition. Such rarities can fetch a large price.

If you notice a spelling mistake or a band member’s name is missing from the sleeve, you could be onto something. Occasionally, these errors make it onto the first version but are quickly corrected, so you have something special on your hands.

Matrix numbers on albums by The Beatles

Rare records by The Beatles can make you a fortune, but since millions were made, it’s difficult to spot a genuine treasure. It’s the matrix numbers stamped or written on the run-off groove that make the difference.

Vinyl is traditionally black, but sometimes special editions were released in a different colour, making them easier to spot, but not common.

Do you have any of these?

God Save The Queen by the Sex Pistols and recorded by the A&M label. The band was dropped by A&M after just 300 copies were created.

Bohemian Rhapsody and I’m In Love With My Car by Queen in an EMI special edition. This seven-inch came with various other pieces of EMI memorabilia and was an invitation to a company event, meaning only potential guests were given them.

Pride by U2 on clear vinyl. Pressed in Australia, it’s believed that only five copies were made.

Led Zeppelin’s first album with turquoise lettering. This 1969 release was quickly followed up with subsequent runs when the band’s name appeared in orange.

Love Me Do and PS I Love You by The Beatles with a curious spelling. In 1962, 250 demo copies of this record were produced, but obviously not proofread properly. If you have a version featuring McArtney, then keep it very safe. 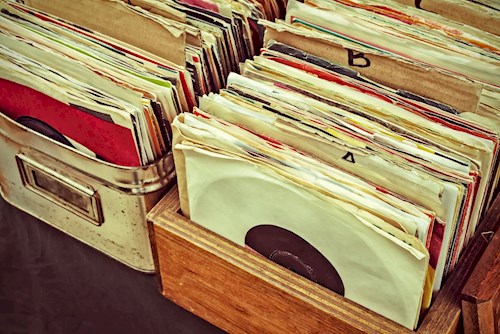 Where to head this Record Store Day

Spillers Records in Cardiff – said to be the oldest record shop in the world, it dates back to 1894 and still sells vinyl to this day.

Long Play Café in Newcastle – located on the Quayside, you can enjoy freshly brewed coffee while perusing the second-hand records that are for sale.

Piccadilly Records in Manchester – one of the best independent record shops in Manchester, which witnessed the eighties music scene in the city.

Rise in Bristol – as well as its extensive music choice, it doubles up as a live music venue, allowing you to get a taste of up-and-coming talent.

Rough Trade East in London – bands including Blur and Queens of the Stone Age have graced the stage at London’s trendiest record shop.