What's on in Amsterdam Summer 2017

This city is like no other in the world – vibrant, alive and full of history, a relaxed culture and friendly locals. We couldn’t be more excited to open up our brand new apartments there – and here are some of Amsterdam’s summer events to give you a taster of what’s to come.

Gay Pride has returned to Amsterdam! Over the last month we have written a lot about this festival - an event not to be missed, especially when it’s hosted by one of the most eccentric cities in the world. Not only does this festival carry an important message but it’s also a fantastic day out with a friendly, welcoming vibe. This year’s festival marks 50 years since the partial decriminalisation of homosexuality began, which means that The Pride Walk and Pride Park will be bigger and better than ever. The starting point of the Pride Walk is ‘Homomonument’ at the Westerkerk and people will be marching all the way to the Pride Park (Vondelpark) via the City Centre of Amsterdam. Banners, music, flags and an array of colourful costumes will be parading through Amsterdam – a beautiful sight to behold. Pride Park will have many sport clinics, dance parties and play areas - and of course, there will be food and drink stands. If you don’t want to join in the parade itself, then we highly recommend going to watch it and cheering along! 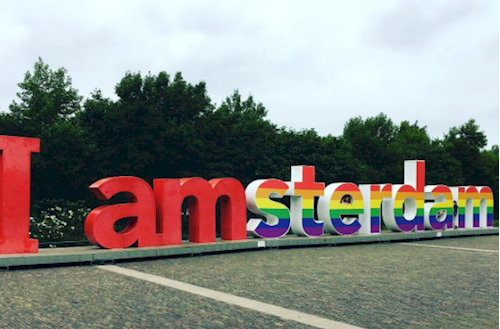 Grachtenfestival (or “The Canal Festival”), celebrates young musicians who surprise the locals by creating their own musical story. Grachtenfestival is undeniably one of the social highlights of Amsterdam, taking place on the pontoon by the Pultizer Hotel and attracting huge crowds each year. This festival is free, hosts over 150 concerts and happens over a period of 10 days – yep, that’s a bargain! You can experience something truly unique, taking place in private homes, gardens, roof top terraces, boats, canal rooms, tube tunnels, hotel suites… any space you can imagine across Amsterdam. 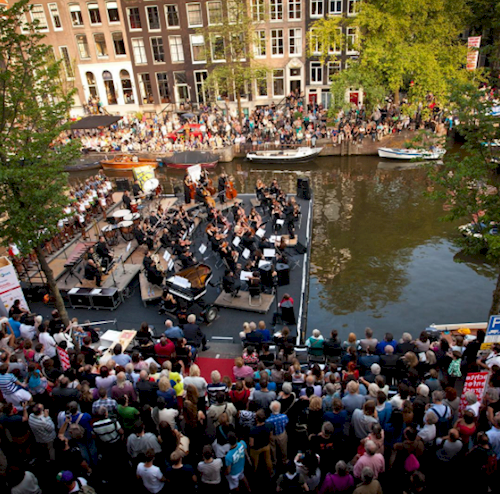 Returning for its 27th year, The Parade Travelling Theatre Festival is back touring the Netherlands with a huge array of artistic performances that will inspire and surprise you.  The festival offers visitors a variety of short and long performances, outdoor events and in secret locations for that added element of surprise! You don’t have to be a theatrical person yourself, you can just simply come along to watch and support the performances. Of course, De Parade Theatre Festival is family -friendly and suitable for children, offering something for everyone, with over 80 different theatre, music and dance performances along with Café Correct and Katrina hosting free music every night. The local bars and restaurants will happily take in anyone who wants to drink some cocktails and eat some soul food! 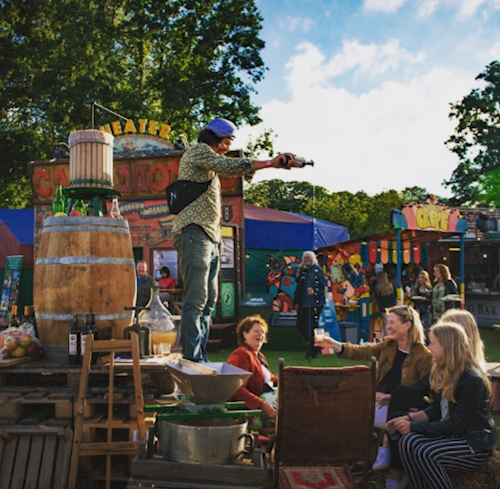 The more the merrier…

An open air stage that is just perfect for anyone who enjoys the beautiful sound of classical music, with the Amsterdam canal as their backdrop. For one evening a year, the Prinsengracht becomes the largest concert hall in the world, attracting thousands of locals and tourists. The stage is temporarily built on the canal with different lights and candles decorating it, creating a romantic atmosphere - especially when the sun sets. Food and drink can be brought or bought, and the concert is suitable for any age. The fastest way to reach the concert is by public transport, the tram lines 13 and 17 bring you directly from the central station to Westermarkt stop. Arriving by boat is also encouraged, and there are tickets available to ensure you can get as close to the stage as you please. A free, candle-lit boat ride with classical music in the background? This sounds too dreamy. 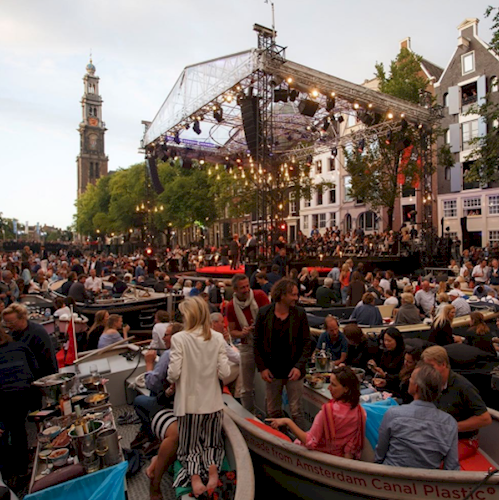 Fancy a trip to Amsterdam?