We have lots of apartments in Malmo

Sweden’s third-largest city offers plenty for the visitor to see and do – it’s home to Scandinavia's tallest building, as well as some of its most beautiful parks and museums. 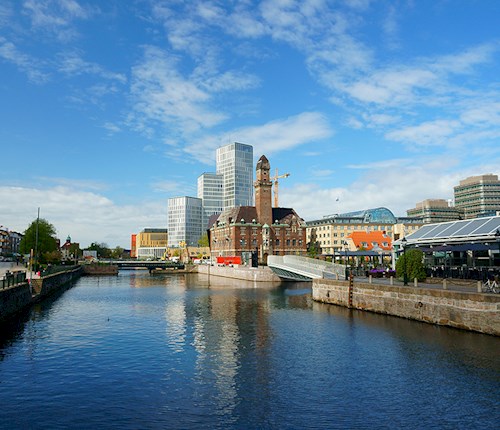 In 2000 the 7.8km Öresund bridge created an easy link between Malmo and Denmark’s capital, Copenhagen, so once you’ve exhausted Malmo’s sights you can explore the delights of Denmark’s beautiful capital. Most visitors to Malmo head straight for Gamla Staden (old town) and Stortorget, the city’s vast main square. The area is packed with lively shops and restaurants and beautiful architecture that feels like a rather charming mix of Swedish, Danish and German, with rambling cobbed streets and beautiful half-timbered houses. On the edge of Gamla Staden is the city’s imposing castle, Malmöhus Slott – it’s also home to Malmo’s biggest museum.

Malmo has plenty of places to eat, and there’s no shortage of fast food restaurants and delis selling local ingredients if you’re on a budget or fancy a picnic in one of Malmo’s many parks. If you can stretch to a sit-down meal, however, your best bet is to head for Lilla Torg, Malmö's most beautiful square and home to lots of delightful cafes and bistros. In summer the pavements are full of tables, and it’s a wonderful place to relax and soak up the atmosphere of this charming little city. Across the canal from the northern side of Gamla Staden is the redeveloped harbour area, which has plenty of smart restaurants and cafes, but if you’d rather enjoy one of Malmo’s friendly pubs, head for Möllevångstorget – you’ll get great food and drink here, and usually some music and dancing too.

Malmo’s city centre is a delight to stroll around on foot, with lovely winding cobbled streets and half-timbered houses, and some of the loveliest squares you’ll find anywhere in Europe. It’s also a great city for cycling, with pretty flat terrain and plenty of dedicated cycle paths. If you’d like to see Malmo from the water, you can take a boat trip around the canals or hire your own electric boat and cruise at your own leisure.  If you’re travelling further afield, Malmo has an excellent bus network and reliable trains to nearby towns and cities – you can also take the train across the bridge to Copenhagen in just 35 minutes, but it’s 7.5 hours to Stockholm so you may prefer to fly!

In mid August Malmo hosts the Malmo Festival, which attracts up to 1.5 million visitors to the city for a week-long party. Most of the events are free, and cover everything from theatre and dance to live music, fireworks and street food. In late September the city plays host to the Regnbågsfestivalen (the Rainbow Festival) – it’s Malmo’s biggest celebration of the LGBT community and includes parties, films and a Pride parade. 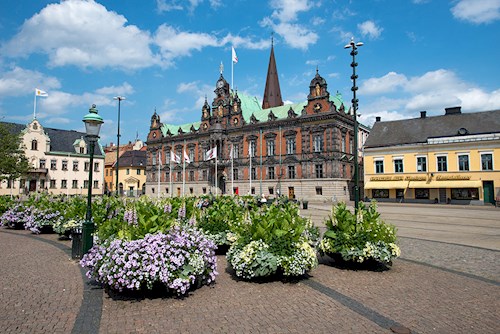