We have lots of apartments in Leicester

What you need to know about Leicester

Few cities in the UK are as intriguing and unexpected as Leicester. 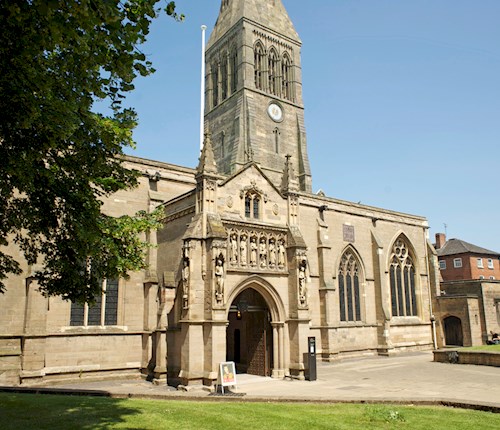 The recent discovery of the remains of King Richard III in the city have turned the spotlight on the city’s past, and the role the Battle of Bosworth played in shaping the UK’s history. Modern Leicester is a vibrant and culturally diverse city, offering great shopping, world-class global cuisine, an exciting festival calendar and a beautiful cathedral where Richard III’s tomb can now be visited. Other highlights of the city include the 14th century Guildhall and the National Space Centre, which includes lots of outstanding hands-on exhibits exploring space and astronomy.

A visit to Leicester wouldn’t be complete without sampling some of the local ethnic cuisine – Leicester has a wonderfully diverse community, which offers up a mouth-watering selection of authentic foodie treats from Indian to Turkish and Vietnamese. The city centre has plenty of restaurants, bistros and takeaways to choose from, as well as some delightful cafes, a vibrant nightlife scene and plenty of great cocktail and champagne bars.

Leicester’s shopping is superb, and attracts shoppers from all over the Midlands. All the high street brands and department stores can be found in the gleaming Highcross shopping centre and the nearby Haymarket shopping centre. If independent boutiques are more  your thing, head for the delightful Arcades, The Lanes and St Martin’s Square, as well as Church Gate for independent music and jewellery stores. Leicester Market has been trading for over 700 years and was recently voted Britain’s favourite market; it offers both an outdoor market (open Mon-Sat) and a new indoor market (open Tues- Sat).

Leicester’s location in the heart of the Midlands makes it a popular base for large UK companies, particularly in the retail and construction sector. Fashion retailer Next and homewares brand Dunelm both have their head office in Leicester, as well as construction companies Bloor Holdings and machinery manufacturer Caterpillar.

Leicester is just an hour and 20 minutes from London St Pancras, and is well served by East Midlands Airport, which is less than 20 miles away. The city’s bus services are excellent and good value, with three Park & Ride sites if you’re visiting the city by car. Cycling is a popular way to get around, with two main National Cycle Routes that cross the city from north to south and east to west.

Leicester’s Caribbean Carnival takes place in early August, and is one of the largest multicultural events in the Midlands. It’s been running for 30 years, and 80,000 people line the parade route to see the colourful floats and costumes. 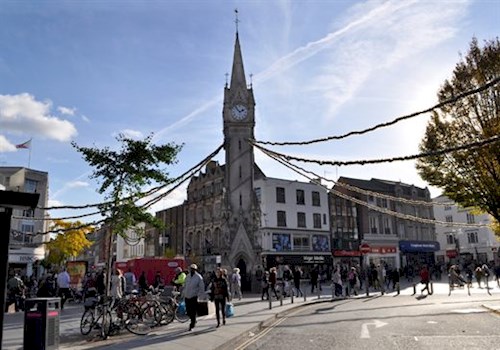