We have lots of apartments in Sheffield

Where to stay in Sheffield

Where to stay in Sheffield 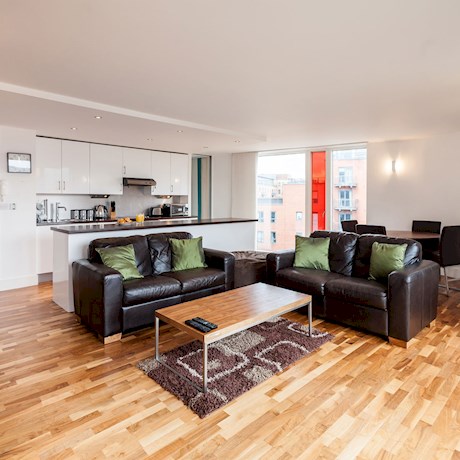 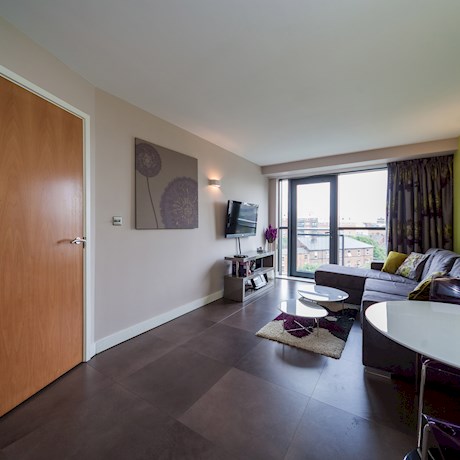 K Space West One Apartments
From

What you need to know about Sheffield

Sheffield is a city built on steel, home to hundreds of 19th century foundries and forges that fed the global demand for stainless steel and made the famous Sheffield cutlery. 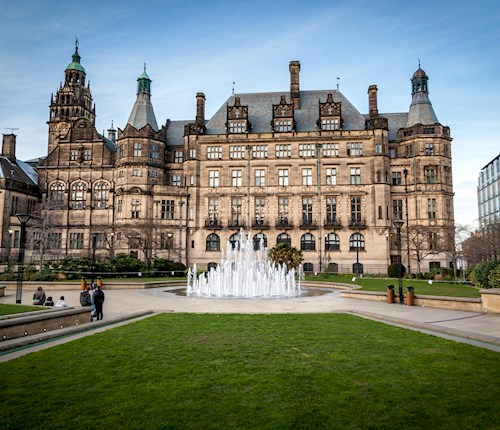 These foundries may be long closed, but modern Sheffield is a long way from the post-industrial wasteland shown in the 1997 film The Full Monty. The last 15 years have seen huge urban renewal in Sheffield, creating a thriving city of sculptures, supertrams, sports arenas and gleaming new office buildings.

And yet the city still has more than 250 parks, woodlands and public gardens, with the highest ratio of trees to people of any city in Europe. Combine this with Sheffield’s trendy arts and live music scene, and you have a city that is firmly back on the map as one of the coolest places in the UK.

Sheffield’s food and drink scene is definitely on the up, with a huge boom in quality restaurants, wine bars and gastropubs over the past few years. Take a walk along Ecclesall Road and West Street, and you’ll find an outstanding selection of independent restaurants using fresh local produce, as well as plenty of organic and whole food cafes and speciality food shops.

Sheffield even has a Michelin-starred restaurant – The Old Vicarage, where chef Tessa Bramley serves stunning modern European to locals and visitors alike. And if beer is more your cup of tea, Sheffield sells more independently brewed craft beers than any other city. Cheers!

As you’d expect from a vibrant city embracing change and renewal, shopping in Sheffield has plenty of choice, whether you’re looking for high street names in the main city centre precinct, browsing for designer clothes or jewellery in Eccleshall Road, shopping for vintage clothes in the Devonshire Quarter, buying ethnic food on London Road or searching for antiques and collectables on Abbeydale Road.

Sheffield has independent stores, boutiques and artists’ co-operatives all over the city, but if all you need is hundreds of big brands and department stores under one roof, head to the outskirts of the city for the Meadowhall shopping centre. Some of the locals may call it Meadowhell, but it’s undeniably a shopper’s paradise!

Whilst most of Sheffield’s steelworks have now closed, there are still a few businesses that carry on the Sheffield tradition, including Ancon Building Products and Arthur Price & Co. cutlery makers.

Now most of Sheffield’s economy is based on public sector departments and service providers – you’ll find the Department for Work and Pensions here, as well as call centres for Nationwide, Virgin Media, Sky and Aviva. Other significant employers in Sheffield include Capita, HSBC’s IT centre, Atkins civil engineers and Cap Gemini.

Sheffield is easy to get to, and lovely to travel around, with some of the best public transport in the UK. The city is just off the M1, and only two hours by train from London St. Pancras, with regular rail connections to Manchester, Birmingham, Leeds and further north. Once you’re here, you’ll find that Sheffield is really a collection of villages within the city limits, each with its own identity, shops and restaurants.

The best way to explore is by bus or tram – Sheffield’s Supertram network makes travelling around the city centre easy, with fully accessible trams that will take you across the city centre and out to all the major sporting venues and the Meadowhall shopping centre. Sheffield’s bus network is vast, making it a doddle to visit every corner of the city and the surrounding area, or you can pick up a taxi on one of the many city taxi ranks or hail one outside your serviced apartment.

Sheffield loves big family events – on 31st October the city hosts “Fright Night”, Europe’s largest Halloween party, with lots of spooky fairground rides, food stalls and dressed up locals. In August, the city centre is transformed into a British seaside resort, with traditional stalls and candyfloss, and even a sandy beach in one of the parks! 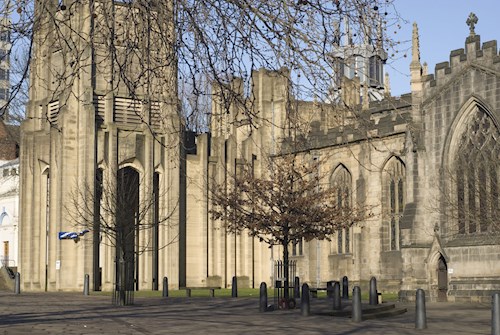