Thinking of visiting Nottingham, the Queen of the Midlands? The city is filled with intriguing history and charming present day activities, offering more than first meets the eye. Our list of ten facts about Nottingham will be sure to convince you that the city is well worth your time.

Nottingham is a beautiful city, filled with history and charm of the past millennium. The pretty city has a lot more to offer than first meets the eye. Thinking of visiting? Find out everything you need to know with our top 10 facts about Nottingham.

1. Nottingham is home to the world’s smallest cinema

In 2002, the world’s smallest cinema - Screen22 - was built by movie enthusiast Steven Metcalf. The premise of the cinema was to offer people a second chance to watch new releases that they had missed the first time around. Tipped off about the building by his brother who lived in Nottingham at the time, Metcalf opened up Screen22 on Broad Street - only a six minute walk away from Cineworld - which is now regarded as one of the most independent cinemas in the UK. The quirky and courageous cinema, which seats only 21 guests, is a must for those looking for things to do in Nottingham.

Are we good guys or are we bad guys…

2. It's the home of Robin Hood

Heroic outlaw from English folktales, Robin Hood - a highly-skilled archer and swordsman famous for robbing from the rich to give to the poor and assisted by his band of ‘Merry Men’ outlaws - finds his home in the history of Nottingham. Those looking for places to go in Nottinghamshire can find the Major Oak in Sherwood Forest, the legendary hideout for Robin Hood and his band of thieves. The tale is celebrated and cherished by the people of present day Nottinghamshire, with Robin Hood providing the symbol of their county. For things to do in Nottingham, visitors can now take part in a ‘Robin Hood Town Tour’, which has rave reviews from both locals, journalists and more. It’s one of a number of well-known facts about Nottingham - so we’ll trust that Robin Hood and his Merry men will provide you with a historic experience to remember.

You may kiss the royal hand…

If you remember Disney’s Robin Hood - a firm favourite here at SACO - then you’ll remember The Sheriff of Nottingham. “You may kiss the royal hand…”, remember? Well, the villainous character plays a vital role in the legend of Robin Hood and the history of Nottingham - and he’s a real person! Fortunately, he’s nothing like the villain from tales past, but instead promotes all of the fun things to do in Nottingham and welcomes visitors into the city! 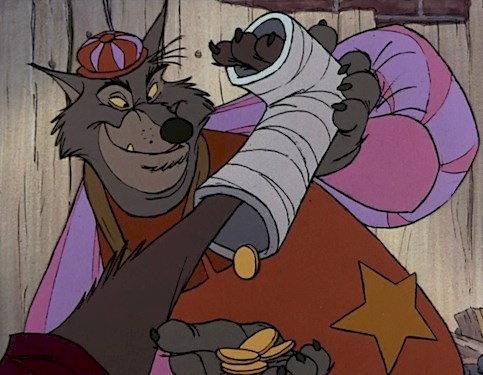 If you’re looking for more architectural tourist attractions in Nottingham, then this is sure to be a great bit of knowledge for you. Home to the deepest-toned bell in Britain, the city hosts ‘Little John’, a 10.5 tonne bell which is firmly planted amongst one of the most exciting things to do in Nottingham. Sounding out once every 15 minutes, the clock bell is reportedly the loudest of its kind in the country and reports state that its strike can be heard several miles away from the city. For another bit of modern history - Little John was offered a loan spell to the capital in 2015 in case Big Ben should ever fall silent. 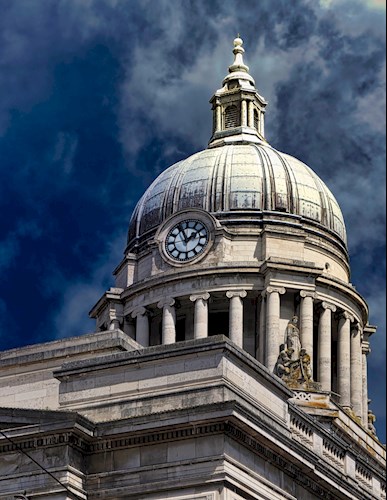 5. HP sauce was born in Nottingham

The history of Nottingham isn’t just tales of bandits and bells. And this particular fact about Nottingham is short but sweet (and a little sour). One of the most popular sauces in Britain - HP sauce - was invented by Nottingham local, Frederick Gibson Garton in his packing factory at the back of 47 Sandon Street. He was living at the Royal Oak when he came up with the recipe and named it HP Sauce in 1895 after hearing that the Houses of Parliament had begun serving the condiment. Oddly, Gibson Garton is not the only famous creator that Nottingham has produced - he’s one of many - which leads us nicely onto our next fact. 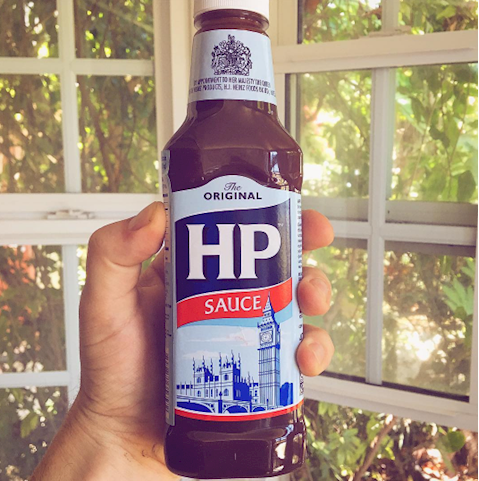 These two creations are lesser known facts about Nottingham than HP sauce - but both pharmaceutical chain Boots, and painkiller Ibuprofen were made right in the heart of the city. The Boot family, who were born and raised in Nottingham, created one of the biggest chains of pharmacies that is still expanding to this day. John Boot opened a small herbalist store on Goose Gate in 1849 and had expanded the business by 1927 - with the business now considered the UK’s leading pharmacy and health and beauty retailer with over 2,500 stores across the country.

Ibuprofen was also invented in the city by Dr Stewart Adams, who left school at 16 and worked as an apprentice in the Boots laboratories. He worked in a house in the south of Nottingham, performing trials on pain-killing chemical substances, eventually leading to his one successful attempt, Ibuprofen, which he tested on himself to cure a hangover. Who would have thought that this part in the history of Nottingham would be rescuing us from the very same ailment in the modern day? 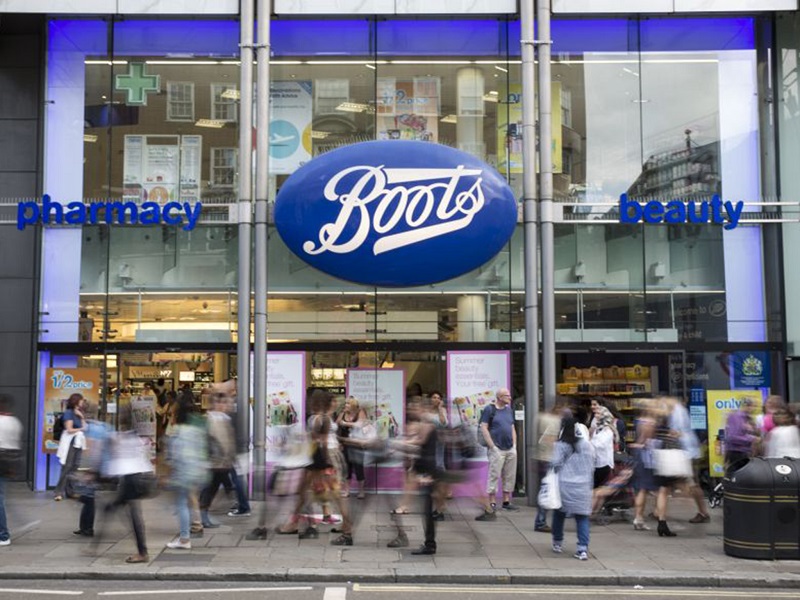 The iconic 2012 Batman film - The Dark Knight Rises – was filmed at Nottingham’s very own Wollaton Hall. It’s one of many things to do in Nottingham, but this attraction just keeps growing in popularity. Annual visitors to the Elizabethan mansion increased from 175,117 in 2012 to 291,393 in 2014 - with the Batman effect playing a huge role in its increased profile amongst tourist attractions in Nottingham. The local village of Gotham also attracts fans of the caped crusader, inspiring the naming of Gotham City when the comics were initially created. 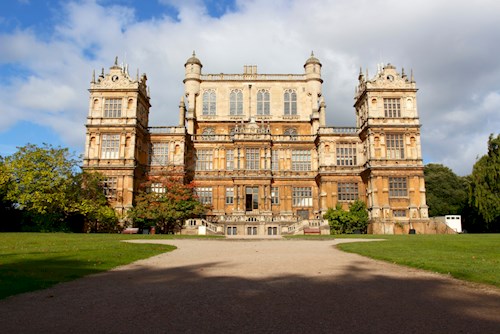 8. Nottingham used to be called Snotingham

The former name of the city is one of many facts about Nottingham that sometimes slips under the radar. Nottingham, back in 600 A.D., used to go by the name of ‘Snotingham’. An Anglo-Saxon Chief named ‘Snot’ affectionately gave his name to the area, which literally translated to ‘Town of Snot People’. It’s clear to see why the name didn’t stick!

9. One of the world’s oldest fairs is still going every year

One of the most popular things to do in Nottingham is also something that lends so much history to the city. Nottingham has hosted the Goose Fair for over 700 years, after it was initially created and hosted for the first time in 1284 for people to go and browse for and purchase geese. The Goose Fair still occurs yearly as long as the situation permits - but this part of the history of Nottingham is no longer for buying poultry. Instead, it now hosts hundreds of fairground rides, games, food stalls, music and locals coming together every year to enjoy the wonderful atmosphere. It takes place in the first week of October, Wednesday through to Sunday at the Forest Recreation Ground.

10. Stop! The final part in our facts about Nottingham

Another intriguing part of the history of Nottingham is about traffic lights – as they were first invented in the city. Nottingham high school student John Peake Knight came up with the solution in 1866, after seeing thousands of people being killed on the roads. He created a system with a revolving gas-powered lantern and a red and green light to control road traffic. The very first one was placed at the junction of Great George Street and Bridge Street in Westminster, London. Thank you for getting us to our destination safely, John! 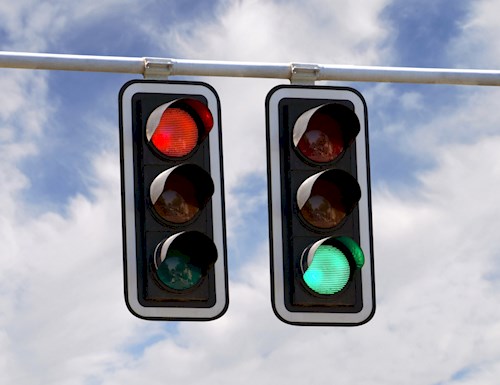 Where to stay in Nottingham

Looking for places to stay in Nottingham? Whether you’re visiting this historic city for a shopping trip, an event or simply a weekend away, our serviced apartments are a home away from home. Offering an open space, luxurious comfort and a convenient location that puts you right at the heart of the action, SACO’s apartments in Nottingham are the perfect choice for families, couples and solo guests alike.

Each of our studio, one and two bedroom apartments boast modern furnishings, a fully-equipped kitchen, a cosy living and dining area, sumptuous king-size beds and bathrooms with power showers. So whatever you’re in town for, you can relax and unwind in an apartment that has everything you’ll need for a memorable stay.