Canary Wharf may be known as a major business district in east London, but it has so much more to offer than just office space.

Some say Canary Wharf lacks greenery in comparison to other parts of London, when actually, 20% of Canary Wharf is landscaped parks, plazas and walkways. Although it seems like a concrete jungle, Canary Wharf has made sure it provides a lot of green spaces for everyone to relax and unwind, including The Crossrail Place Roof Garden and Cartier Circle. Cartier Circle is a remarkable landscaped entrance at the East End of Canary Wharf which helps to attract birds and insects. 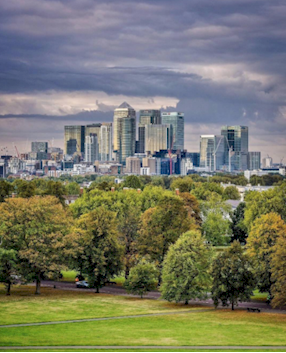 During summertime, the Canary Wharf summer screens and stage are set up for another season of Wimbledon matches, athletics, movies and even live concerts during the evenings. The best part of these screens? It’s completely free! Grab a picnic from Iberica La Terraza, Carluccios or Waitrose and settle back to either watch live sporting events or opera shows. There’s something for everyone! 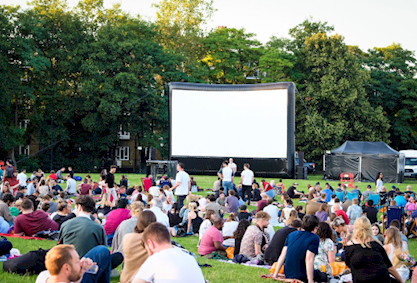 In 1802, Canary Wharf was home to the world’s busiest shipping port, the West India Docks. It’s still a major financial centre of London and thousands of ships still pass through it today- approximately 1000 every month. The docks saw a massive decline in usage from the 1960s to the 1980s, when developers started to use the space for more retail purposes. However, it has now become a famous feature of London and sees more life from citizens and tourists. 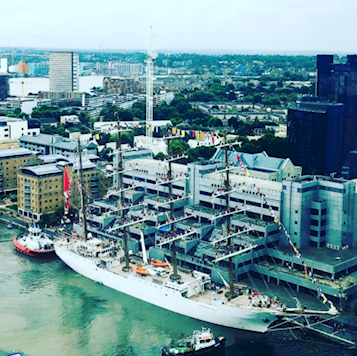 Who let the dogs out…?

Canary Wharf is located north of an interestingly named part of London, The Isle of Dogs. Apparently, it’s where Henry VIII kept his hunting dogs, therefore they came up with the name The Isle of Dogs. If only it was an actual island of dogs.

Try and process this… 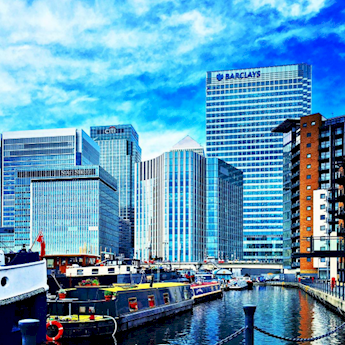 One Canada Square was once the tallest building in London until The Shard was completed in 2012. The Shard could fit Canary Wharf’s huge tube station, which has a total of 20 escalators. I think we’ll definitely be taking the lift. 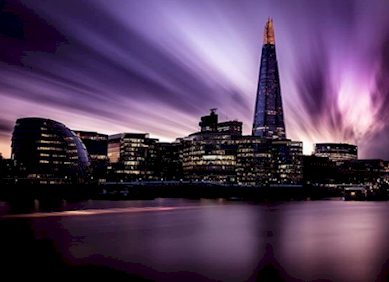 Canary Wharf is home to the largest Waitrose grocery store in the UK and sees 80,000 customers per week. The wine cellar on the first floor has 2,000 different wines from 20 countries! Feel drunk just talking about it. 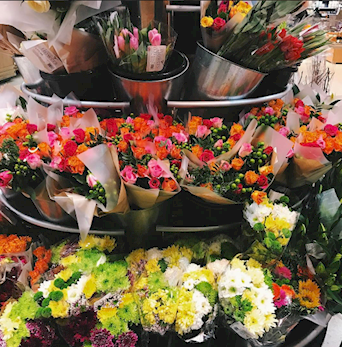 Canary Wharf roughly employs 100,000 workers a year and has 14 million sq. ft. of retail and office space. Seven new bars and restaurants have opened in Canary Wharf in the past year, creating more than 400 jobs, and the amount of people employed is predicted to double by 2025! 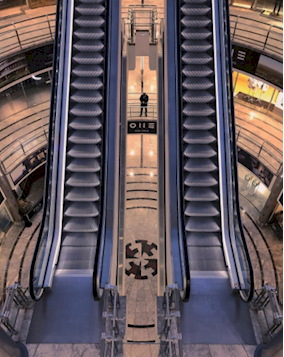 There are over 100 art events in Canary Wharf every year and Canary Wharf now has one of the United Kingdom’s largest collections of public art. Amongst the shoppers and workers in Cabot Square sits the bronze sculpture of ‘Couple on Seat’ created by artist Lynn Chadwick. On the 19th August, ‘Couple on Seat’ will become the latest statue in London to be given its own voice as part of the ‘Talking Statues’ project. Passers-by can swipe their smart phones on a nearby tag to hear the bronze figures come to life with monologues that offer a comedic take on the two sides of a marriage. 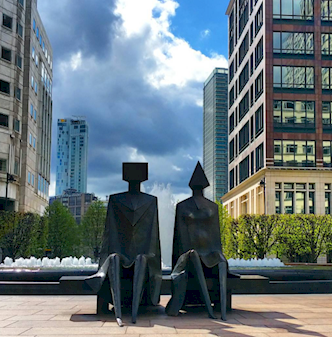 And lastly, one for the Pokémon Go fans. Canary Wharf has been reported to be the best area for catching rare Pokémon’s, and being the home for the most wanted Pokémon gyms. Little tip, head towards the DLR station or Montgomery Square! 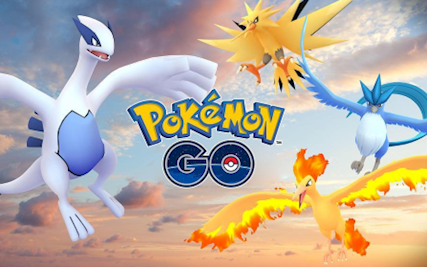 Want to stay in Canary Wharf?

We have the perfect apartments for you