10 things you didn’t know about Edinburgh 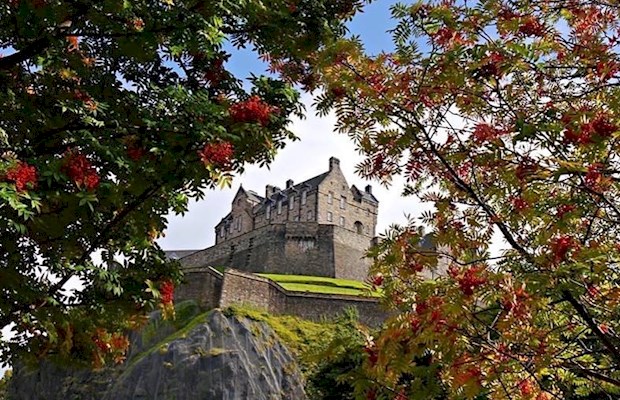 In light of our newest edition to Locke by SACO in Edinburgh, we think it’s about time we do some digging around and find out what the capital of Scotland has to offer beyond what we already know.

The city attracts around 3,795 million visitors a year from the UK and across the world, and it’s easy to see why! So, forget the epic kilts for now, as there is more to this wonderful city than meets the eye.

Here are 10 things you didn't know about Edinburgh that are most likely to change the way you see this vibrant and popular city- including the weird, the wonderful and the things that the UK and Edinburgh should be very proud of!

1-      The Edinburgh skyline inspired The Wizard of Oz.

George Gibson, the then Head of a Hollywood scenic design department, is said to be the artist of what we now know as ‘Emerald City’, the new world Dorothy is transported to after the storm. Gibson was born in the Scottish capital, where his inspiration grew from the view from his block of flats which consisted of a tarmac road leading to Edinburgh Castle…the yellow brick road leading to Emerald City.

Almost 80 years later, this film is still a classic and it’s amazing to think that the fascinating route Dorothy and Toto, the Tinman, the Lion and the Scarecrow follow was inspired by something as simple as a block of flats in the city of Edinburgh!

We can’t say we’re fans of when members of the public spit on the street, so we were surprised to learn that Edinburgh actually has a spot for doing this exact thing- The Heart of Midlothian.

However, it’s actually due to a tradition coming from the rich Scottish history. Located near St Giles Cathedral, The Heart of Midlothian dates all the way back to the 14th century and marks the exact point of the entrance to the grim prison where public executions took place.

Spitting on The Heart of Midlothian is said to be something that was carried out by the public as well as released prisoners to show their disapproval of the executions. The sign of condemnation grew across the city and has been a popular tradition ever since - except today it is an act that is believed to bring good luck. 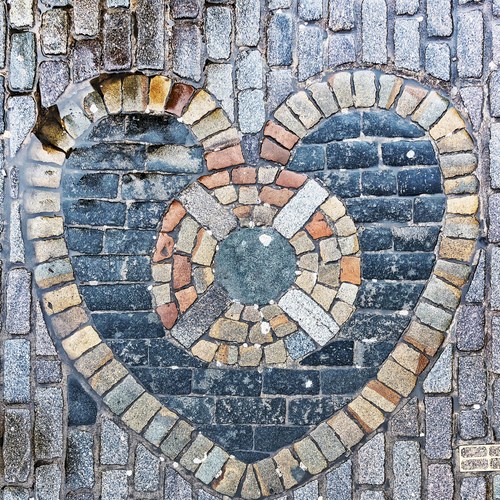 3-      Edinburgh has an absolutely beautiful beach just a stone’s throw from the city centre.

Imagine a wide sandy beach, locals and tourists soaking up the rays while the tide comes in, beach bars and cafes… it’s very likely that you’re thinking of a Mediterranean beach. But no, welcome to the Scottish Costa Del Sol - Portobello Beach, just a short bus journey east of the city.

On a blazing hot summers day (yes, we know they’re rare), Portobello is a fantastic place to soak up the rays, take up water sports or treat yourself to something tasty on the Victorian promenade’s many bars and cafes. The beach is also a great place to go in the winter if you like a good exercise session with stunning watery views – it’s dog friendly and makes for a scenic jog. 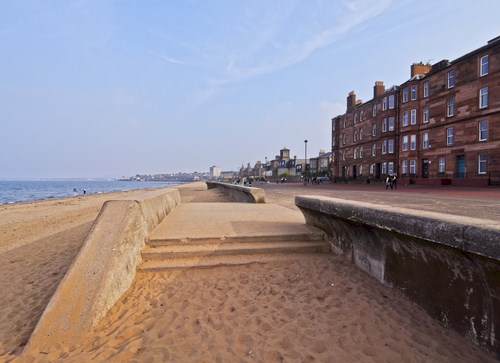 Forget the Spanish fiestas, this is where hundreds of thousands of people visit every August to view a spectacular firework display over Edinburgh Castle.

Over 400,000 fireworks light up the sky in a glittery and colourful performance, and are professionally choreographed to The Scottish Chamber Orchestra to enhance your experience and mark the end of Edinburgh’s month long international festival.

That’s 45 minutes of music to your ears and a feast for your eyes in the summer evening – not one to miss! 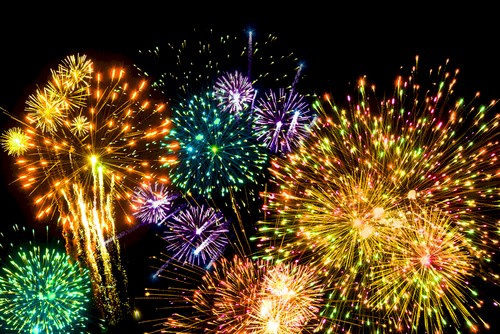 5-      Edinburgh castle was once home to an elephant.

After visiting Sri Lanka before the first World War, the 78th Highlanders marched back into Edinburgh with a new addition to the army - a big old Indian elephant. The mascot was not only the leader of the marching band, but apparently liked to enjoy a few beers with its owner in the evenings - sounds like a talented chap to us! 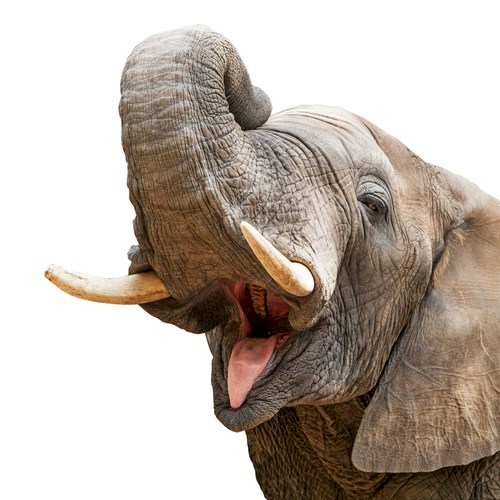 6-      Edinburgh boasts more restaurants per capita than anywhere else in the UK.

Of course, most cities in the world have a large number of restaurants and offer something for everyone, but Edinburgh is a step above the others if you’re a hungry visitor who doesn’t know the city too well – or just hungry for that matter!

From Michelin-starred restaurants to street food feasts, you won’t have to walk very far to find a restaurant that suits whatever takes your fancy, any day of the week. We recommend Locanda De Gusti, a Southern Italian restaurant offering a range of seafood dishes, pasta and pizza within a small building, giving it an intimate feeling. 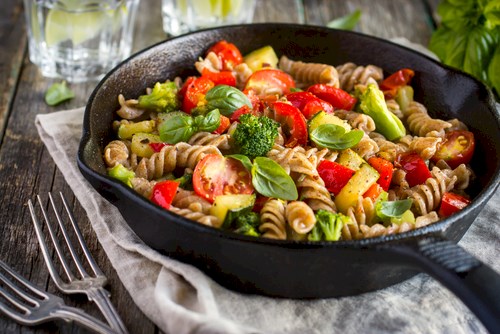 Tea lovers unite! This one’s for you.

There’s nothing better than chilling on the sofa in your pyjamas and dunking a digestive biscuit in to a nice warm brew. Back in 1892 (yes, a whopping 125 years ago!) the digestive biscuit was first produced and introduced to the world by a man named Alexander Grand. To this day, digestives are as popular as ever and I guess we could say that it’s almost the law that a digestive should be paired with a cuppa in the UK! Now that is something to be proud of Edinburgh! 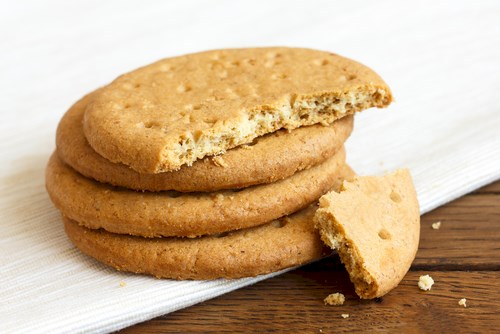 8-      The Balmoral Clock is set 3 minutes fast so travellers don’t miss their trains (apart from on New Year’s Eve).

Contributing to Edinburgh’s diverse and historical skyline, the popular hotel’s clock - which is located next to Edinburgh’s Waverley Station - was set three minutes fast in 1902 to speed commuters up and help them not miss their train, and it has been continued ever since. The only time of the year that the clock is displaying the correct time is during the New Year’s Eve celebrations. So, if you’re ever hopping on a train at Waverley Station, you’re going to have a hard time finding any sympathy if you miss your train!

Yes, that’s right, the first in the whole world! It seems that public services have been around for much longer than we first thought, as according to a document at Central Fire Station in Edinburgh, the first attempt at a fire fighting organisation was commenced all the way back in 1703.

The idea of the organisation began to prove difficult as there was no piped water supply and no telephone system to raise the alarm. However, residents of this city simply didn’t let this hold them back and stepped in to volunteer by raising the alarm on foot and carrying buckets of water to the scene.

This firefighting organisation continued for a long 121 years until the Edinburgh Fire Engine Establishment was founded in 1824, and here we are today with thousands of highly trained firefighting services in the world, saving a countless number of lives every day – amazing. 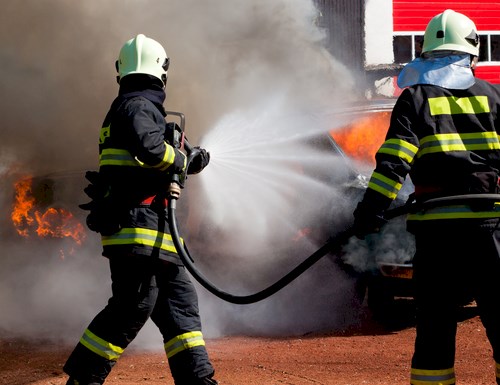 10-   Edinburgh Castle is built on an extinct volcano that last erupted 350 million years ago.

It’s common knowledge that Edinburgh Castle is bursting with history, but the cherry on top is that it’s built on an inactive volcano. Boasting resistance to erosion, the rock created from its last eruption made Castle Rock a great defence to its castle back when the English were hungry to invade it. Home to Kings and Queens, along with armies and prisoners of war, the castle dates back as early as the 12th century.

The castle’s history is celebrated daily with a ceremony known as the One O’Clock Gun which was a procedure carried out to allow the ships in the Firth of Forth to adjust their maritime clocks while encouraging the people of Edinburgh to do the same. Today, the tradition is still carried out every day at 1pm (except Sundays) so don’t be alarmed if you hear a loud bang when you’re in the city! 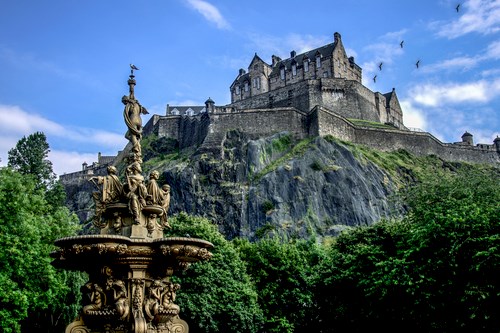 So, there we are...10 things you most probably didn’t know about Edinburgh that just makes it that little more attractive to visit.