10 things you didn't know about Glasgow 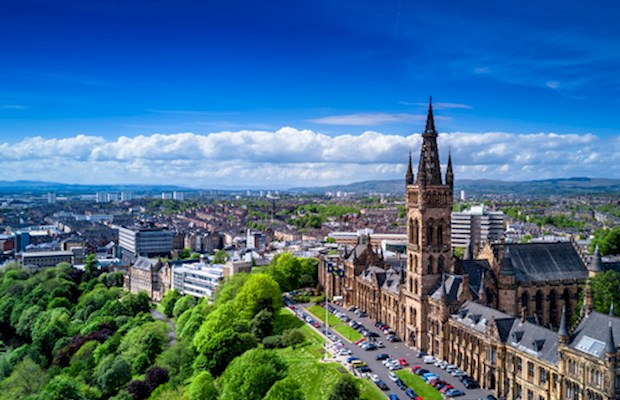 The weird and wonderful Glasgow. Here's 10 facts we bet you didn't know about the city...

The height of entertainment

Glasgow is home to the world’s tallest cinema - Renfrew Street’s Cineworld stands at an impressive 203 feet and can accommodate up to 4300 people!

A long way for a drink

Drury Street's Horseshoe Bar is apparently the longest bar in Europe at 104 feet and three inches – we’d be a little worried about the wait time though.

There’s a Statue of Liberty replica in Glasgow City Chambers – it may be a slightly smaller version but it’s still equally as remarkable. So, if you don’t want to travel across the world to see this iconic monument then look no further than Glasgow!

Bridging the distance between friends

The glass-walled railway bridge which carries the platforms of Central Station across Argyle Street is known as The Hielanman's Umbrella. During the forced movement of the Highland clearances in the 19th century, 30,000 Scottish Highlanders who lacked English came to find work in the city. The Highlanders would keep in touch by meeting under the bridge, a handy umbrella against Scotland's indecisive weather.

Glasgow is the new London

Glasgow has been rated the top place for concerts in the UK outside of London, with eight venues in the Top 100 list of places to watch live gigs.

The Trongate is home to the oldest surviving music hall in the world, the Britannia Panopticon. Built in 1857, it’s being conserved by a trust who still perform traditional shows there.

There are more than 20 museums and galleries in Glasgow which has led to hefty collection of Dali, Van Gogh, Degas and Monet pieces – in fact, Glasgow has the largest civic arts collection in Europe. Don’t forget, public galleries are free of charge in Glasgow.

For a century Sir Roger the Asian elephant has been one of the most popular exhibits for anyone who visits. When the gallery was refurbished, the elephant's grand bulk proved too big to remove, making him the longest-standing exhibit in the museum.

Glasgow holds the only structure capable of rotating 360 degrees into the prevailing wind, the Glasgow Tower at Glasgow Science Centre. Sadly the 127 metres high structure has been affected by technical issues since it opened, meaning it has been closed the vast majority of its life.

I’ve got a golden ticket!

Unlike Willy Wonka’s chocolate factory, The No.1 Chocolate Factory in Glasgow is open to the public seven days a week and even plays host to children’s parties. There’s even hand-made treats to take home afterwards, you’ll for sure start to feel like Augustus Gloop.