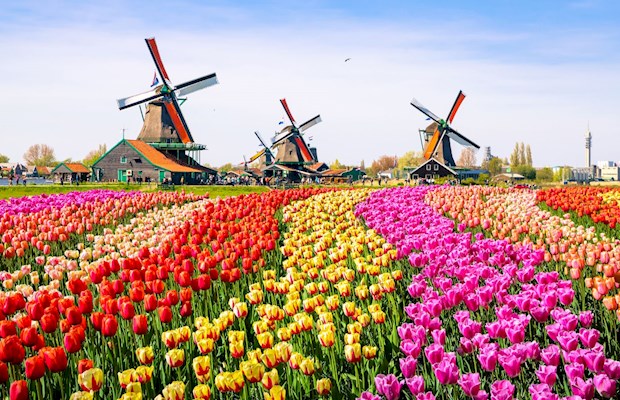 While there is plenty to see in Amsterdam, it’s worth using your serviced apartment in the city as a base to get out and explore more of The Netherlands.

Here are a few ideas to whet your appetite:

Keukenhof – a sea of beautiful tulips

Less than an hour’s drive from Amsterdam and easily accessible by public transport, Keukenhof should definitely be included in your itinerary. Located in Lisse, this botanical garden goes beyond what many of us have ever seen before. It is awash with colour in the form of the tulips that The Netherlands has become famous for, thus earning it the nickname, the garden of Europe. The best blooms are out between March and May, but there’s always something to enjoy in this magical spot in Lisse all year round.

Purchase a combi ticket for the train and bus to get to Keukenhof from the centre of Amsterdam. This will allow you to either Schiphol Plaza or Leiden Centraal station by train, before boarding a bus on line 858 or 854, otherwise known as the Keukenhof Express. 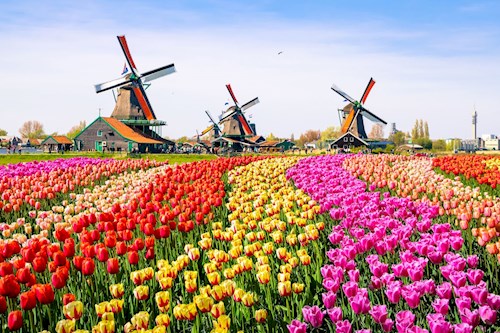 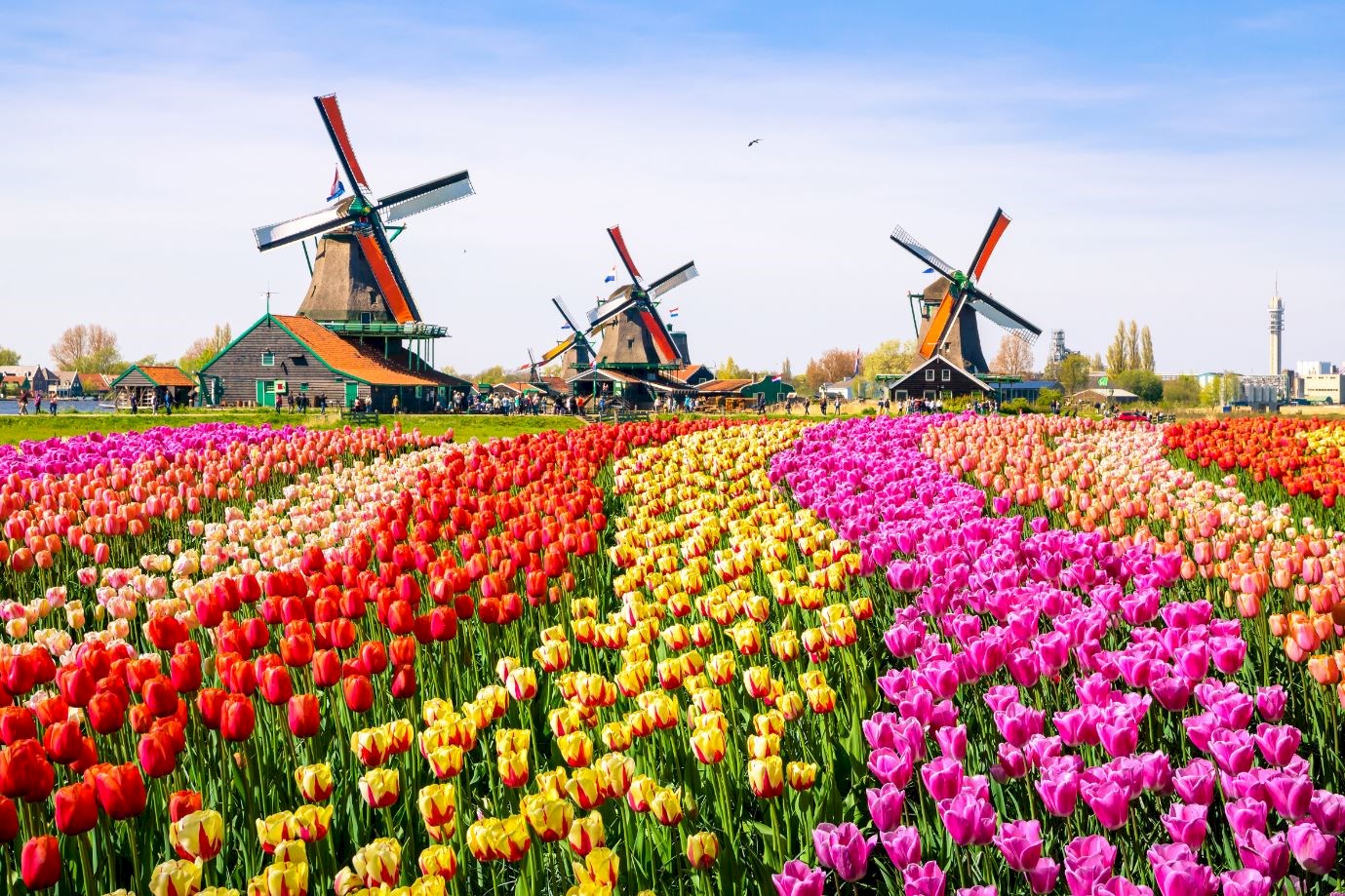 Kinderdijk – a windmill – or 19 – in old Amsterdam

As well as tulips, Amsterdam is famous for its windmills and it’s worth travelling to the village of Kinderdijk to see some fine examples. Constructed around 1740, the windmills played an important role in keeping the landscape from flooding, as The Netherlands is mainly below sea level. The United Nations Educational, Scientific and Cultural Organization (UNESCO) has listed the site as an important spot in terms of world heritage. As well as admiring the stunning structures from the outside, you can step inside some of the windmills and imagine what life was like for the families that lived there. Do not miss the museum, as it offers a fascinating insight into the history of Kinderdijk.

While it takes just an hour and 20 minutes to drive to Kinderdijk from Amsterdam, public transport can mean a lengthier journey. You can do it with a series of trains from Amsterdam-Zuid station, but travelling by boat is even more scenic. Get the train to Rotterdam Centraal, then tram number seven to Willemskade. Waterbus 20 will take you to Ridderkerk de Schans, where you can transfer onto the Driehoeksveer ferry. It’s a bit convoluted, but well worth the adventure.

Foodies will not be able to resist a trip to Gouda, which is of course famous for its namesake cheese. Visit on a Thursday during the spring or summer to experience the market, where farmers sell wheels and wedges of cheese, as well as offering samples. It’s held in the Market Square, which dates back to the medieval times and has a stunning backdrop of fascinating buildings. Among them are the gothic town hall building and the 17th-century Goudse Waag. This is where the cheese was weighed before selling and is now home to the Gouda Cheese Museum.

Direct trains operate between Amsterdam Centraal and Gouda. The journey takes around 55 minutes and Rotterdam Centraal is the final calling point. Be sure to check that the specific train stops in Gouda, as there are a few that bypass it on their way to Rotterdam. 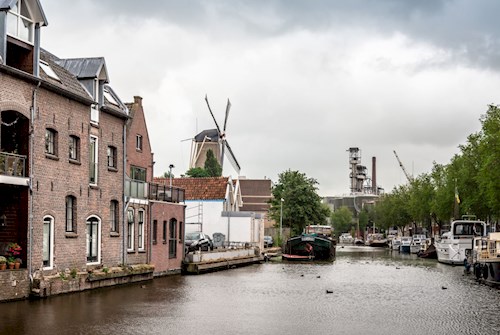 The city of Rotterdam has had an incredibly varied history, but strives towards the future after being largely destroyed during World War II. Explore its seafaring heritage at the Maritime Museum, where vintage ships transport you back in time. The Delfshaven neighbourhood should not be missed, as it retains much of its historic charm and played an important role in the movement of world populations. It was from here that many left for a new life in America and the Pilgrim Fathers Church where they worshipped still stands to this day. Such history contrasts with the bold, modern architecture that was erected post-war to show the city rising from the ashes phoenix-like.

Stay on the train from Amsterdam Centraal for 70 minutes and you’ll find yourself in Rotterdam. 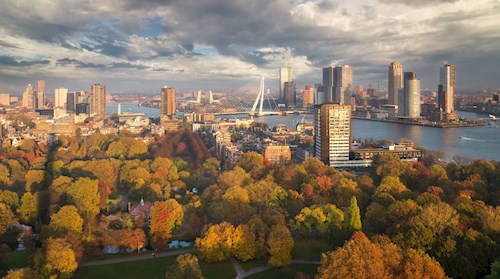 Just half an hour away from Amsterdam, Volendam is a great destination for a relaxing day trip. Located on the shores of Markermeer Lake, the fishing town is still home to boats bobbing in its harbour, as well as colourful houses that act as the perfect welcome. De Dijk, the main harbour strip, makes for a wonderful stroll, where you can stop at any one of the seafood vendors to enjoy the fresh catch. There are also several museums with interesting exhibits, where everything from local music and costumes to paintings and pottery are explored.

Buses 110 and 316 leave Amsterdam Centraal several times an hour and take you all the way to Volendam.

Fancy a break in Amsterdam?

There's just so much to do in this vibrant city in the Netherlands!

Check out our Amsterdam apartments!