7 Interesting Facts You May Not Know About Manchester 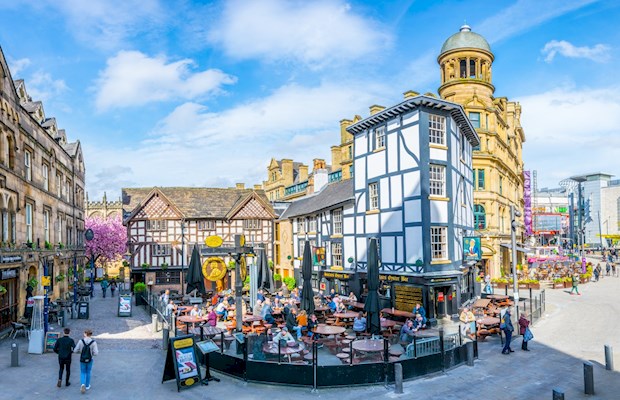 Manchester has many amazing qualities and just as many hidden secrets - we have uncovered the most interesting facts that you may not know about this amazing city for you to indulge yourself into. If you are thinking of planning a visit to Manchester, this may just convince you to take a trip here.

The birthplace of vegetarianism

Yes, that’s right, Manchester is the home of the meat-free diet; it's not all just chips and gravy!

It is a little-known fact that Reverend William Cowherd preached the virtues of the vegetarian diet more than 200 years ago. In Greater Manchester at a Salford chapel, Cowherd had brought together those who might be interested in forming a society and within his preaching’s he is claimed to have said, “If God had meant us to eat meat then it would have come to us in edible form, as is the ripened fruit". Reverend William then started the vegetarian movement and the Salford chapel became the first vegetarian church in the city.

Then came along the Vegetarian Society, the first long-term organisation to have a meat-free diet. The society has carried on ever since and now has a much bigger following, people are even taking it one step further with veganism. 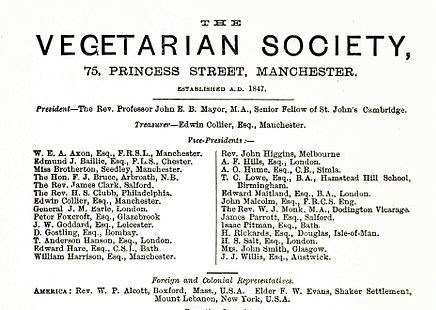 They were made to be together they just didn’t know it yet. We have all heard the name ‘Rolls-Royce’ and if you haven’t, where have you been? Oozing luxury and elegance, who would’ve known that their distinguished name came together in Manchester!

They met on 4th May 1904 in Manchester (that we know of), Charles Rolls saw Henry Royce’s iconic 10hp car, which was the first motor car Royce had designed and built himself, and knew from then that he had found what he had been searching for. Charles was able to take a drive around in Henry’s motor car and when he got back, on the spot, he agreed to sign a deal with Royce to make the best cars people had ever seen, they were then to be sold under the name ‘Rolls-Royce’.

The home of football

We all know that the two biggest football teams in the premier league play here, however, did you know that in 1888 the world’s first professional football league was also set up in Manchester?

The official naming and creation of the new league happened at a meeting in the Royal Hotel in Manchester on 17th April 1888. The first name put forward was “Association Football Union” but was decided that it was too close to “Rugby Football Union”, instead “The Football League” was proposed by Major William Sudell, which was quickly agreed upon by everyone.

On 8th September 1888 the first-ever season of the new ‘Football League’ started and had as little as 12 clubs featured which included; Aston Villa, Blackburn Rovers, Bolton Wanderers, Burnley, Derby County and Everton. As the sponsorship for the league changed many a time, the league has been known by various names. The league rebranded itself to the ‘English Football League’, or ‘EFL’, in 2016-17 and this is also the name of the governing body of the league.

The Royal Hotel is sadly long gone now, however, the site where it used to be is marked with a commemorative red plaque on the Royal Buildings on Market Street. 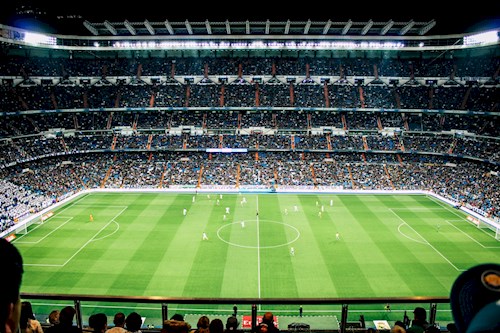 Photo by Vienna Reyes on Unsplash

Being the 19th top University in the UK out of 113 is impressive already, however, Manchester University had to take it up to notch. With no fewer than 25 Nobel prize winners amongst their current and former staff and students, they have more working Nobel Laureates than any other university in the country.

Did you know, the atom was split for the first time by Ernest Rutherford in a laboratory at the University of Manchester? It is believed by most that the atom was first split in Switzerland, however, Rutherford produced the first artificially induced nuclear reaction in his laboratory in 1917.  This also led to the evolution of nuclear power as well as cancer-fighting radiotherapy.

Not only that, the first-ever modern computer, known as ‘baby’, was built here by Frederic C. Williams, Tom Kilburn, and Geoff Tootill. It is amazing to think that the world’s first stored-program electronic digital computer successfully executed its first program just over 71 years ago at Manchester University and had a memory of just 32 words. Originally this machine wasn’t for practical use but no matter what the intention was, all modern computers stem from the Manchester Baby and that is something to be very proud of.

The first car to be driven by coffee

Most of us are all driven by coffee these days, but did you ever think it would be enough to fuel a car?

In 2010 the “Car-puccino” was made! It was the first car to drive from London to Manchester fuelled entirely by coffee beans, 11,000 espresso equivalents to be precise. The ‘Car-puccino’ can reach speeds of 60 mph and average at around one mile per 56 espressos. This impressive piece of technology works because coffee granules contain a small amount of carbon, an essential element in running a car.

It certainly won’t take the grind out of commuting and it costs 25-50 times more than running a car on petrol. The car was built by the team from the BBC1 show ‘Bang Goes the Theory’ and they bought the £400 1988 Volkswagen Scirocco for its resemblance to the car in the movie Back to the Future, the ‘DMC DeLorean’. For those of you who are thinking about our precious environment, the car used waste coffee grounds which were donated by local coffee shops. These coffee grounds were turned into pellets and placed into a charcoal boiler on the back of the car where they were heated up and the gases were then filtered and used to power the second-hand Volkswagen Scirocco.

The drive was a success even though it broke down several times and took about 10 hours to get from London to Manchester, it worked and will go down in history (don’t try this at home!). 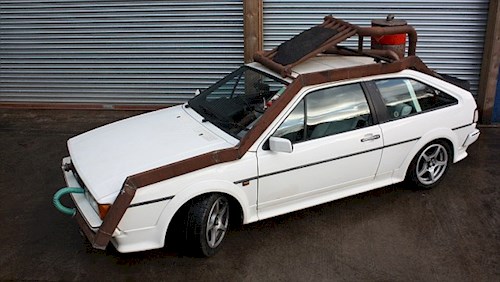 There are over 200 languages spoken

Now, this is a very impressive fact. With a population of over 510,000, Manchester is revealed as the most linguistically diverse city in the country.

The Curry Mile in Manchester has a large reputation for getting very good, Indian, Lebanese, Palestinian, Turkish and Persian food. As you can see there is an obvious culinary diversity, this also means there is an extremely diverse culture also on this street. There is, in fact, a recent study which found roughly 60-70 different languages are spoken at any given moment on that street.

Every day across Manchester over 200 languages are being spoken, showing how diverse this amazing city is. What’s even more impressive is that it’s estimated half of the adult population is multi-lingual here and 4 in 10 young people can converse in more than one language.

In 1853 Manchester opened the first free public library which meant it was the first to have a free lending service without a subscription. The Public Libraries Act passed in 1850 and the Mayor of Manchester at the time, Sir John Potter, decided to start raising money to purchase a building to fill it with books. The people supported this by donating money and books to get the project underway.

Even the royal family supported this movement, Prince Albert sent a letter of support to the Mayor and a donation of 18 ‘handsome’ books. In Prince Albert’s letter, he wrote: “be freely accessible to persons of all classes without distinction”. Charles Dickens was also extremely supportive and was very involved with helping to lift this project off the ground.

This library stands as the oldest public library in the English-speaking world and holds over 100,000 volumes of printed books. The original home of the library was the building originally opened by Robert Owen for the Hall of Science. This was located in Campfield, Manchester, which is near the now Air and Space Hall of the Museum of Science and Industry. 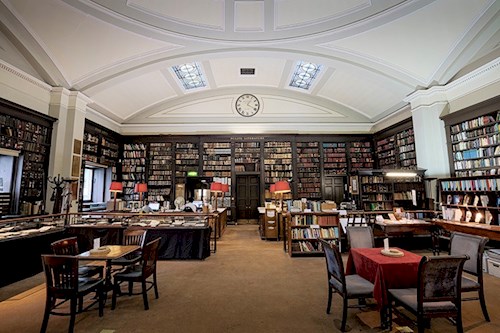 Manchester is just indescribable, there is always a great buzz and an even greater vibe. There’s so much to explore in one of the biggest cities in England, as well as an array of secrets to discover. We highly recommend a trip to Manchester whether it be for pleasure or work.

Save up to 20% at SACO Manchester

Save up to 20% on the best available rate at SACO Manchester - Piccadilly when you book your stay with us direct. No need for any codes - the discount has already been applied to the rate! Simply select your apartment type and head to the checkout. Hurry, this great offer is only available until 25th September 2019!