A weekend in Edinburgh 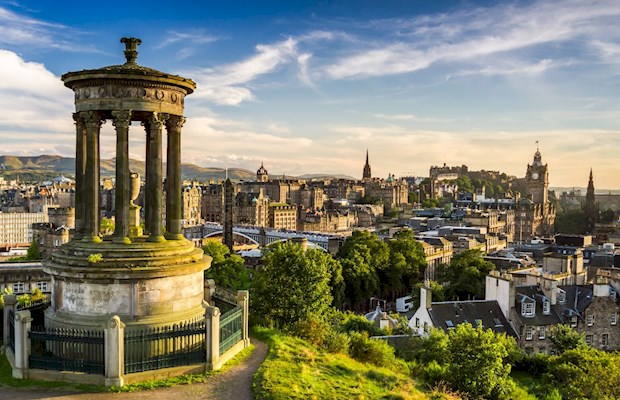 September is the perfect time to explore the heart of Scotland - a city of cobbled streets, tartan and shortbread - when the weather gets cooler and everything starts to feel autumnal. The city that inspired JK Rowling’s Harry Potter books has an atmosphere to rival no other, with its welcoming locals and charming architecture.

Edinburgh is the ideal place for a weekend getaway if you enjoy walking, exploring and visiting the many wonderful bars and restaurants it has to offer.

Edinburgh comprises of the historic Old Town nestled in the East and the Georgian Style New Town surrounding it. In the centre is the high street shopping haven of Prince’s Street, with George Street and Queen Street parallel to it, both offering an array of high end designer outlets.

Looking up from the pavement of Prince’s Street, you can see the iconic Edinburgh Castle perched up high, with the pristine Prince’s Street gardens down below. The gardens are beautifully kept - a stark contrast to the rugged hills and gothic architecture so typical of the city.

The Old Town is situated behind Edinburgh Castle, including Grassmarket’s boutique shops, bars and restaurants which lead on to The Royal Mile, a stretch of quintessentially Scottish pubs and shops nestled between tall gothic buildings, often with tiny mysterious alleyways leading off.

Further East, you can view Arthur’s Seat, a stunning sight not to be missed. 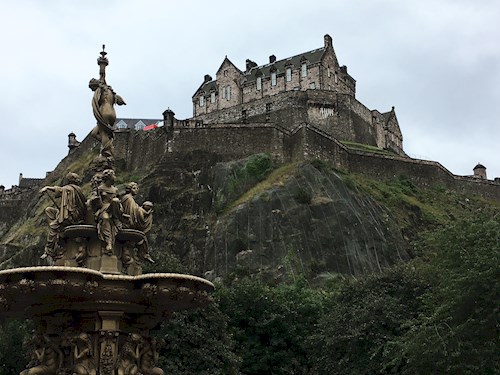 The view to the castle from Prince's Street Gardens

From the hustle and bustle of Prince’s Street you can see the great Edinburgh Castle towering above, a constant reminder of the ancient history of Scotland. This 12th century landmark sits high up over the city on Castle Rock (the plug of an extinct volcano) and offers breath-taking viewpoints - well worth taking some snapshots of the landscape below.

Inside the castle itself really feels like the home of a Disney princess. You can tour the Great Hall and see the precious Scottish Crown Jewels. There’s no surprise it’s the UK’s top heritage attraction and one of the world’s most beautiful castles, not to be missed when visiting Edinburgh.

To see the city from an unmatched viewpoint, there’s no better spot than the summit of Arthur’s Seat - just a short walk from the Royal Mile. This requires a short but steep climb, so trainers are essential! Here you’ll be able to see the city from all angles from a bird’s eye view, and feel like you are in the depths of the Scottish Highlands. Feel enlightened on the wuthering heights of this Scottish mountain and enjoy the awe-inspiring views and fresh air. 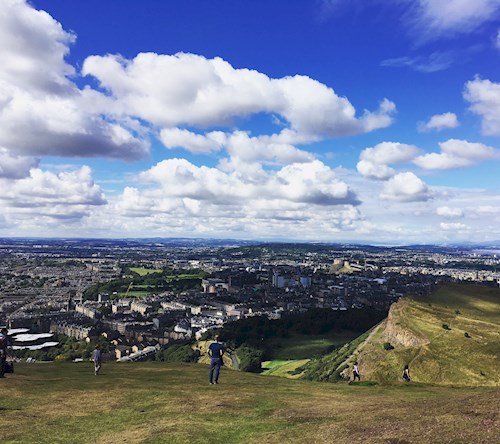 The view of Edinburgh from Arthur's Seat

The Palace of Holyroodhouse

If Edinburgh Castle didn’t make you feel Royal enough, the Palace of Holyroodhouse definitely will. The Palace has served as the official residence of the monarchy in Scotland since the 16th century, and still belongs to the Royal Family today. Take a tour of the State Apartments, Mary Queen of Scots Chambers, The Abbey and the beautiful Palace Gardens. There are always exhibitions to be seen, including the ‘Fashioning a Reign’ display running until October, celebrating the queen’s 90 years of style, from day to evening wear.

The Royal Mile is the main succession of streets through Edinburgh’s old town and connects the Castle at one end to the Palace of Holyroodhouse at the other. This thoroughfare is the city’s main tourist hotspot, so be wary of the countless shops selling nothing but tartan, but do take advantage of the many brilliant bars and restaurants the city has to offer. Wedgewood, to the eastern outskirts of the Royal Mile, offers the ultimate in contemporary Scottish dining, and is the perfect treat for tasting the local delicacy – Haggis! 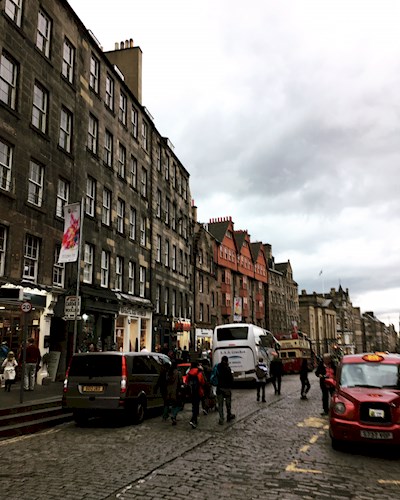 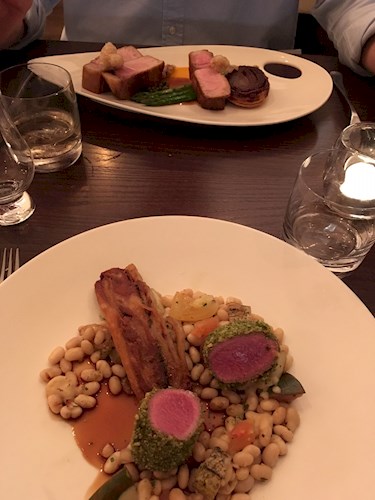 Taste whisky in The Devil’s Advocate

Located just off the Royal Mile in an old Victorian pump house, The Devil’s Advocate is the place to go for an Old Fashioned Whiskey cocktail, with a brilliant collection of Scottish and world varieties. They’ll serve them up with lots of ice, playing upbeat yet chilled out music with a friendly vibe, sure to make you feel a part of the Edinburgh crowd. 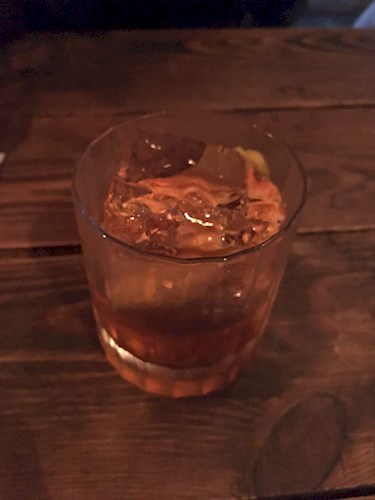 An Old Fashioned whiskey at The Devil's Advocate

This understated café has celebrity status, and has more recently become one of the city’s attractions rather than a hangout for young writers. The Elephant House is said to be where J.K Rowling first found inspiration for writing Harry Potter, and the old fashioned, ornate cosiness of the place, surrounded by wood carved elephants with a view of Edinburgh Castle, makes it no surprise. Go for a coffee and a slice of cake and take in the friendliest atmosphere in town. 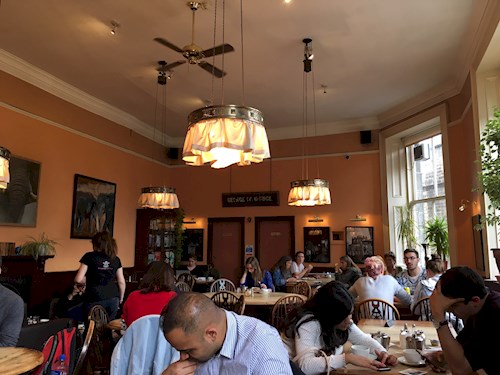 The Elephant House, the cafe said to inspire J.K. Rowling

Situated on the route back to the city’s airport, Edinburgh Zoo is home to so many different animals and offers the perfect light-hearted stop off on your journey home. You’ll even have the opportunity to see Tian Tian and Yang Guang, the UK’s only Giant Pandas. 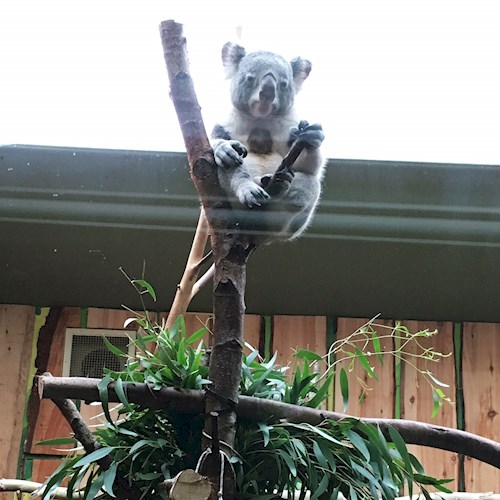