Do you Hogmanay? There’s no excuse not to in Edinburgh 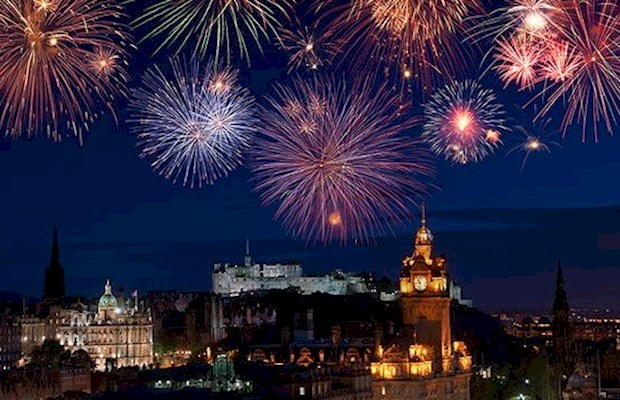 Hogmanay is a specifically Scottish tradition and they certainly know how to celebrate in style in Edinburgh.

It’s called New Year’s Eve everywhere else in the UK, but December 31st is so important in Scotland they have a special name for it north of the border: Hogmanay. And nowhere celebrates it quite like Edinburgh. So, if you want to party like it’s no longer 2017, book a serviced apartment and head to the Scottish capital.

Hogmanay activities for all the family

While lots of people focus on the moment of midnight itself, the Scots have never been keen to cut a party short and there’s plenty to do in the run-up to the crucial hour and afterwards. This means that everyone can get involved, even little ones who will be tucked up in bed by the time the clock strikes 12.

Edinburgh’s Hogmanay celebrations get off to a particularly magical start, with a procession by torchlight past some of the city’s most iconic sights. Torchbearers will come together to form a huge column of light after starting off at three different points – St Giles Street, North Bridge, and South Bridge.

You could be one of them or you could opt to see the spectacular from a distance and watch the procession move down the Royal Mile, past the Scottish Parliament and the Palace of Holyrood House. It will then come to a breath-taking climax with fireworks over Holyrood Park.

The Torchlight Procession starts at 7pm.

Treat younger kids to their own Hogmanay celebrations earlier in the day, complete with entertainment and fireworks display. Dizney Rascal will take to the stage in West Princes Street Gardens for songs that everyone can sing along to, before the pyrotechnics over the castle.

Bairns Afore lasts for an hour from 5pm.

St Giles’ Cathedral is the perfect setting to hear works from the likes of Bach and Handel, as it is lit up with hundreds of twinkling candles. The church’s choir and a whole host of mesmerising soloists will bring the music to life.

Expect to hear Bach’s captivating Lutheran Mass in F BWV 233, Handel’s Organ Concerto Op 4 No 2 in B flat, and Dixit Dominus, also by Handel, to finish.

The performance will begin at 7.30pm.

Three main stages will be set up across the capital – Waverley Stage, East End Stage, and Castle Stage – as well as smaller ones along Princes Street for a fine street party. An evening of entertainment will feature bands, DJs, dancers, acrobats and fire eaters, will be hosted by comedian Sanjeev Kohli.

Acts already confirmed include Human League, Huey Morgan and the wonderfully named Colonel Mustard and the Dijon 5. With outdoor bars and plenty of delicious street food options, the streets of Edinburgh will be the place to be.

Concert in the Gardens – December 31st

Music fans will not want to miss the opportunity to see BRIT Award-winning Rag’N’Bone Man at Princes Street Gardens this Hogmanay. He will be performing tracks from his platinum-selling album Human and undoubtedly be wowing the crowds.

Young talent Declan McKenna will also be on the bill, as well as local singer-songwriter Nina Nesbitt. As up-and-coming artists, they’re certainly ones to watch. Tickets to the concert also include access to the street party afterwards.

Doors open at 8pm and the music is due to begin at 9pm.

Wherever you are in Edinburgh for Hogmanay, you’ll want to see the epic fireworks display exploding over the historic castle. Its location high up on the hill means all you need to do is look to the skies, which will be full of colour at midnight.

If you’re looking for a bracing hangover cure, then decide to be a Dooker. What this means is dressing up and parading down South Queensferry High Street, before plunging into the Firth of Forth. Is there a better way to start 2018?!

Dookers set off at 11am.