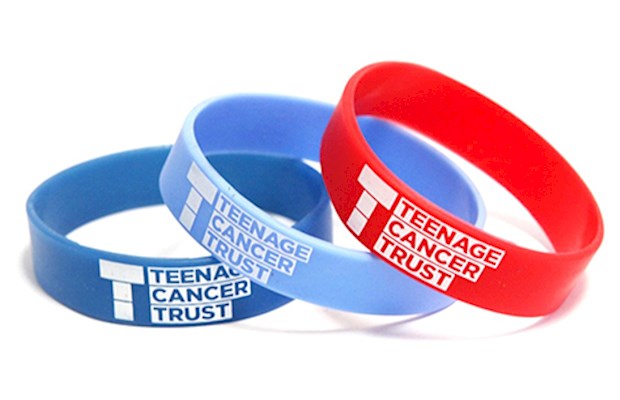 Over the past 12 months SACO has raised a massive £16,845.71 for the Teenage Cancer Trust South West Appeal.  Many miles have been run, raffle tickets sold, cakes baked, eaten and more.

Every year SACO staff pick a charity to support,  in 2013 the decision was unanimous - the Teenage Cancer Trust in memory of Ella Redman, one of our directors daughters who, at the age of only 20, sadly died of bone cancer in November 2012.

During Ella's life she did some amazing work to push for Bristol's Oncology hospital to get its own Teenage Cancer Unit, in order to make things slightly more manageable for16 -24 year olds during their time in hospital.  Ella launched the campaign to raise the  2.5 million needed in September 2012. The fantastic news is that the money has now been raised and the unit will be fully open for young people to start using in June 2014 and all the money that SACO raised has helped to make this happen.

We are not stopping there, the unit still needs to raise funds to completely finish it and of course it’s vital that similar units are established elsewhere in the UK.  On that basis SACO have once again decided to support TCT this year and hope they can raise at least a further £10,000. The Bristol 10K in May will be the launch of this year’s fundraising campaign.  A team of 20 members of staff are in full training.

When the email came around the office this time last year, I remember thinking “I can’t run 10k!” but, having worked so closely with Jo in Marketing during my early days at SACO, I couldn’t say no to joining the “Run for Ella” team and help raise money and awareness for TCT. Whether I was going to walk it or run it was yet to be decided, but Jo’s enthusiasm encouraged me to give it a damn good go!

The race day itself was so inspirational with a sea of bright purple t-shirts; I really felt a part of such a wonderful cause. I knew how much the day meant to us all, so it’s safe to say that everyone who ran that day had Ella in their hearts throughout the race – especially when the going got tough.

I enjoyed the running challenge so much that I decided to continue running and, a month later, myself and my colleague Rosanna signed up for the Cardiff Half Marathon in October, wishing to raise more money for TCT. Over the months prior to the race, we organised several office based events – such as a bake sale, pyjama day and a “swear box” – and went onto raise even more money for the TCT. A year on, I am preparing to run the Bristol 10k again as part of Team SACO. It’s wonderful to see how much we have raised as a company over the last year and having contributed to that in the way I have is certainly a very rewarding feeling!

Teenage Cancer Trust is the only UK charity dedicated to improving the quality of life and chances of survival for young people with cancer aged between 13 and 24. We build specialist units within NHS hospitals, bringing young people together to be treated by teenage cancer experts in a place designed just for them.  We want every young person with cancer to have access to this specialist support, no matter where they live.

In partnership with North Bristol Trust, The University Hospitals Bristol NHS Foundation Trust is the designated Teenage and Young Adult Principle Treatment Centre for the South West. Teenage Cancer Trust is supporting the development of age appropriate care facilities for teenagers and young adults with cancer within the hospital Trust and plans to create a state-of-the-art specialist cancer unit for 16-24 year olds in the Bristol Haematology and Oncology Centre. Teenage Cancer Trust relies on donations to fund all of its vital work.

SACO’s support for TCT does not just stop at fundraising; they also work with the charity to provide free accommodation for families having to travel from all over the southwest for treatment in Bristol.

From Marketing Director Jo Redman’s first-hand experience, SACO understands that patients have to travel from all over the South West to receive treatment in Bristol. Naturally it’s essential that friends and family are able to be with them and provide support as they cope with their diagnosis and treatment. However, it can prove difficult and costly to find places to stay or travel long distances each day.

SACO has realised that they can help by offering their city central Broad Quay serviced apartments - just a short walk from the hospital - free of charge at short notice to families needing accommodation for a brief period of time.

The arrangement has been trialled since October 2013 and based on its success; both SACO and Teenage Cancer Trust are delighted to announce the formalisation and continuation of the partnership. Read more about this partnership here.

Jo Redman joined SACO in 2004 after 11 years in the travel and telecommunications industry leading teams of people to deliver sales results with a strong emphasis on providing exceptional customer service. In recent years Jo has provided the strategic direction and management to take the company’s marketing capability and SACO brand forward, with a strong emphasis on bringing the brand to life through SACO teams and people. Jo is also an Engage for Success (EFS) Ambassador. EFS is a movement committed to the idea that there is a better way to work, a better way to enable personal growth, organisational growth and ultimately growth for Britain by releasing more of the capability and potential of people at work. ”It’s all about the people” – could be Jo’s mantra