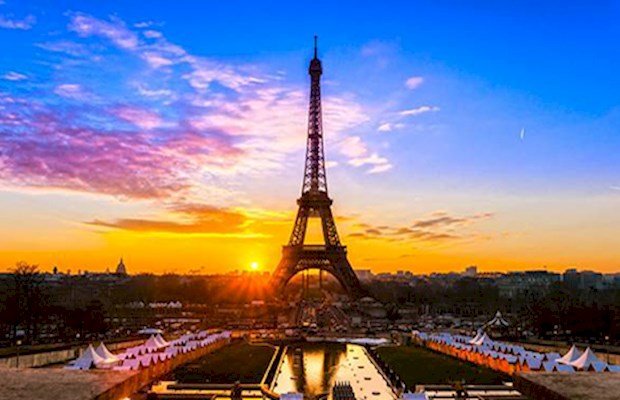 Paris is home to some of the world's most incredible sights, from the Eiffel Tower to the Notre Dame. Use our guide to make the checklist for your next visit!

Paris wouldn’t be the same without the Eiffel tower. Scaling the three floors to the top of the 320 metre tall structure is an experience well worth the time and money required for what was once only meant to be a temporary structure as part of the 1889 world fair.The view from the top enables you to see all of Paris, whilst at night with all of the city lights it’s a spectacular view from which you can feel the character of the city. If possible pre booking tickets is the best option to avoid extremely long queues.

Fan of the arts but not crowded museums? Musée Marmottan-Claude Monet truly is a hidden charm just outside the Bois de Boulogne historic park. Although it’s primary collection is the works of Claude Monet, its empire furniture and geographical clock don’t disappoint. This may not be a stand out attraction when visiting Paris but given time it will be a well-trodden museum!

Mystery escape doesn’t sound like a generic Paris attraction, but for entertainment value it certainly can’t be overlooked! As a new form of entertainment in Paris, the Mystery escape gives you an hour of pure exhilaration as you attempt to escape from the room! This experience is perfect for whole families as well as lone rangers!

The Musee de Louvre is one of the iconic museums and pieces of architecture in Paris, with a pyramid sculpture sitting in the centre of an old Parisian palace. Home to over 400,000 pieces of art and historic objects, including Leonardo da Vinci’s Mona Lisa, you truly can’t get your head around its greatness! Easily accessible through the Paris metro, we recommend using the Porte de Lions entrance for shorter queues.

For another outstanding sight, visit the summit of the Arc de Triomphe. With an enormous 12 avenues leading to its base, the 360 degree aerial view couldn’t give you a better example of the true hustle and bustle of Paris and its roads. Impossible to miss due to its size, the Arc de Triomphe connects old and new Paris, as a symbol of the French nation.