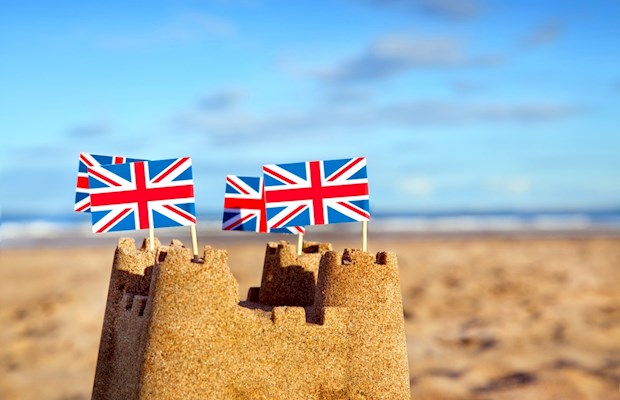 Don't worry if you're not visiting London this summer - there are plenty of action-packed events and activities taking place in locations across the country this year that you can enjoy with family or friends. We've shortlisted the top ten, including UK summer festivals and other events so you don't need to look any further.

What to do in the UK this summer

Manchester Jazz Festival (MJF for short) is the city’s longest running music festival – it’s been around annually for over 20 years and this year is no exception as it’s back once again for 2019 and it’s bigger than ever! The festival is a mix of free and charged events championing regional jazz musicians and operating as a showcase for new commissions and material. Based in Exchange Street and St. Anne’s Square, as well as other venues across the city, it’s a celebration of jazz which is constantly pushing boundaries. A joy to visit, the Manchester Jazz Festival is certainly not to be missed. 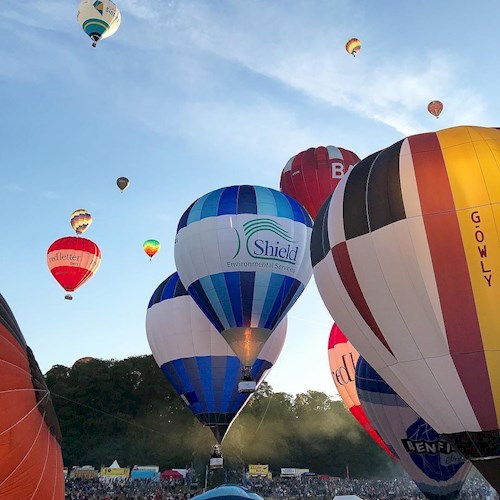 Europe’s largest annual meeting of hot air balloons returns for another year with over 130 balloons from every corner of the world set to convene and litter the surrounding skyline with a colour. Bristol Balloon Fiesta is a free to attend event (so do you need more an excuse to visit?) which is set over four days and takes place at the gorgeous Ashton Court Estate. As well as the balloons there’s food trucks, fairground rides, local businesses and a host of other entertainment. Not to be missed, make sure you stay until the very end to see the infamous 'Night Glow' which this year is at 9pm on both Thursday 8th and Saturday 10th. It’s arguably the most iconic part of the whole weekend – a handful of balloons light up the night sky along to a specially commissioned soundtrack before an epic Firework Finale.

This year sees the 34th edition of the Welsh proms and features some of the world’s top orchestras and solo performers. It’s an annual highlight for the Welsh capital and for 2019 we’re set to see some outstanding performances from the Royal Philharmonic Orchestra and Welsh National Opera Orchestra, among others. This year’s Welsh Proms will mark the 50th anniversary of the lunar landings and the 75th anniversary of the D-Day landings so expect some space and war themes coming through in the music.

One of Jersey’s summer highlights is the Battle of the Flowers, a two-day spectacular which was originally created to celebrate the coronation of King Edward VII in 1902. This iconic, must-see event culminates in a beautiful Moonlight Parade, with floats covered in flowers illuminated as they process the streets, not before a fireworks show which regularly attracts over 20,000 visitors - so it’s well worth booking your tickets in advance! People of all ages get involved in the float making spanning local communities, businesses, schools and families with some entries exceeding 40ft in length. It’s a great day out for all the family with the combination of dressing up, local artisans, and delectable food stalls all echoing a real community vibe. Battle of the Flowers? We'll be there! 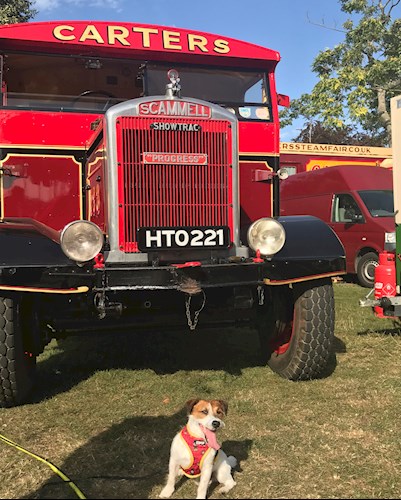 One for kids (and some big kids too), Carters Steam Fair is a traditional English travelling funfair with rescued and lovingly restored rides dating from the 1890s to the 1960s. Having started in 1997, the fair tours the country annually and allows visits to experience the thrills and pastimes of a bygone era. Join them in Bath’s majestic Victoria Park for a carousel, some candyfloss and a host of other funfair classics with a vintage twist. What do you get when you combine classic rock’n’roll music with the aroma of candy floss and doughnuts? A fun family day out of course!

If you fancy cooling off from the heat then Birmingham Beer Week could be just the ticket. Showcasing all of the malty goodness the city has on offer, the festival pairs 15 breweries with music, art exhibitions, local food stalls and more.  More than 50 venues will be taking part this year with tasting sessions, takeovers and a selection of specialty beers on tap. As the official Birmingham Beer Week website says; get your growlers ready and enjoy some crisp lagers, ales and stouts in the sunshine.

Back by popular demand and returning for its 35th year, set in the idyllic Sherwood Forest and organised by the Royal Society for the Protection of Birds (RSPB), Robin Hood Festival is a week-long festival that the whole family will enjoy. Spanning seven days the action-packed festival brings together everything you’d associate with the legendary outlaw, covering anything and everything from live jousting and archery, to singing and dancing medieval style. You could even meet Robin himself alongside his merry men, Marian and the Sheriff! The Robin Hood Festival really is a great day out for everyone.

If you’re a film buff then what better way to spend your evenings than by getting out and watching your favourite flicks as the sun goes down? Over select August dates the Summer Nights Film Festival will be taking over at 20 breathtaking heritage locations which includes the majestic Calke Abbey, Derbyshire County Cricket Ground and Mickleover Sports Centre. As the name 'Summer Nights Film Festival' suggests, you’ll have the chance to see a selection of modern greats and classic movies with showings including huge hits like Bohemian Rhapsody, The Greatest Showman, Jaws and The Rocky Horror Picture Show among others. So, bring your camping chairs, picnics and blankets aplenty and enjoy an unforgettable outdoor experience under the stars.

If you’re looking for a bit of culture then look no further than Reading Fringe Festival to give you your fix of music, comedy, talks and workshops at the end of July. Since it’s inception in 2013 it has been a platform for local artists and vibrant acts from all corners of the globe and provides an affordable platform for performers travelling up to Edinburgh Fringe. Spread over four venues around Reading centre, the Reading Fringe Festival is easy to navigate around and see a host of acts. There really is something for all ages this year – so whether you choose to climb aboard Britain’s only puppet bus, drop into one of the five different Yoga classes or simply enjoy an afternoon of Irish Dance, entertainment will be guaranteed. 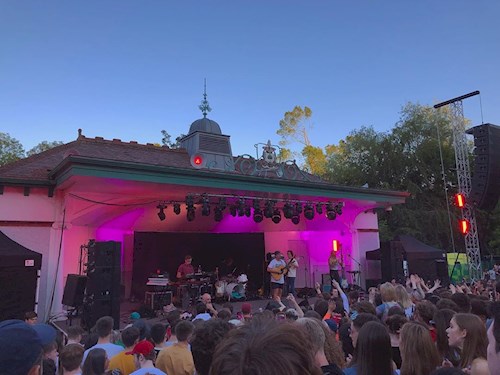 Back once again at the Kelvingrove Bandstand and Amphitheatre in Glasgow’s West End, Summer Nights showcases a who’s who of contemporary and classic artists spanning multiple musical genres. This summer you’ll be able to catch performances from Burt Bacharach, Patti Smith, The Human League and Bloc Party to name a few. Whilst getting your groove on you’ll also be able to indulge in delicious local street food before breaking out to explore some of the beautiful surroundings. For more information and tickets click HERE.

Secure your stay for this year's UK summer events

Ready to book a UK staycation? As if you need any more of an excuse, stay with us between 19th July and 8th September 2019 and receive a 15% discount on the non-refundable rate!

Now you know exactly which UK summer festivals and events you'll be attending, all you need is the apartment to match.

We've got an abundance of properties in all these destinations, so whatever you choose to get involved in this year, stay close to the action and let us look after you during your trip.