We have lots of apartments in Hamburg

Where to stay in Hamburg

Where to stay in Hamburg 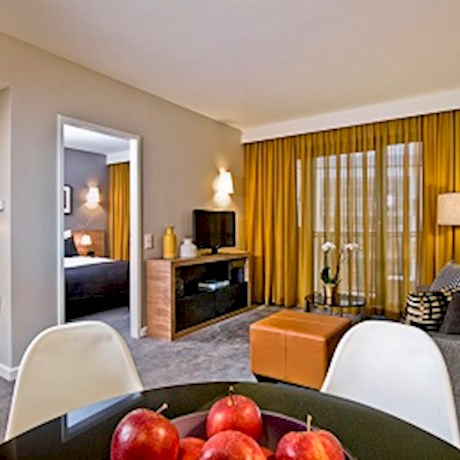 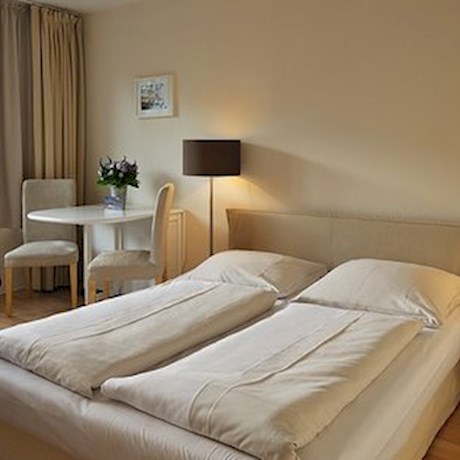 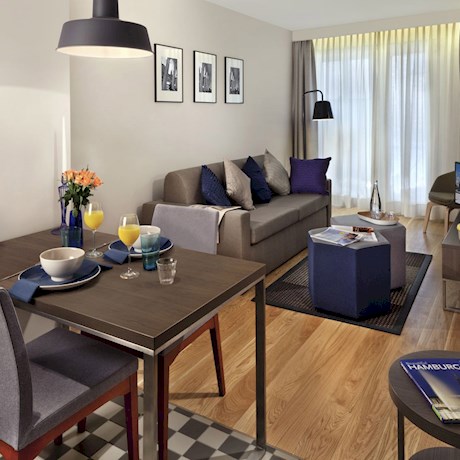 Where to stay in Hamburg... Show all apartments in Hamburg

What you need to know about Hamburg

One of the world’s largest ports, Hamburg is Germany’s second-largest city, and one of its most cosmopolitan and likeable. 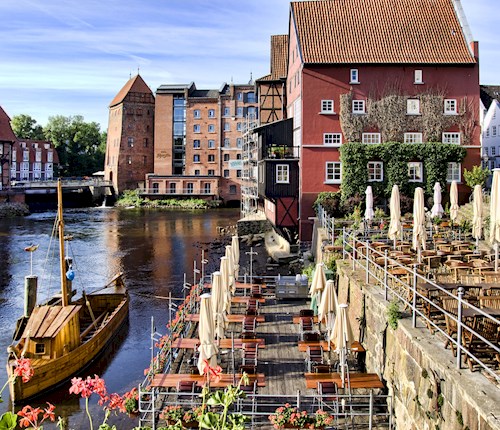 The city’s maritime heritage is everywhere you go, from the historic warehouses and seedy sailor haunts of the infamous Reeperbahn, to the rivers and canals that wind their way through the gleaming office blocks and past your serviced apartment to the harbour. An important shipyard and U-boat port during World War II, the centre of Hamburg was pretty much wiped out by allied bombers in 1943, but has risen from the ashes as a thriving centre for media, aerospace and IT.

Explore the historic docks, take in a few of Hamburg’s outstanding museums and galleries, then relax on the green banks of the beautiful Outer Alster and soak up the buzzing atmosphere of this vibrant German city.

Hamburg has one of the most creative restaurant scenes in Germany, driven in part by growth of Hamburg’s media industry – nothing opens new restaurants faster than hungry marketing moguls looking for the hottest dining spots.

As with many harbour cities, world cuisine is a huge part of Hamburg’s gastro culture, but there are plenty of great quality bistros and cafes serving modern German dishes and local specialities, many with splendid views of the Alster and the Elbe rivers.

The fresh fish is wonderful, and you should definitely try Hamburg’s traditional Frikadelle, a pan-fried beef patty that inspired the American hamburger, although most locals will tell you that the American version is a very poor substitute for the real thing!

The main shopping area is the Mönckebergstraße, which is lined with department stores and big brand outlets selling everything from shoes to electronics.

You’ll also find some interesting boutiques and smaller stores in the side street and arcades.

Hamburg has some great flea markets too – the best is the Flohschanze flea and antique market in the Schanzenviertels, which has a fantastic selection of antiques, art and vintage junk every Saturday.

Like the rest of Germany, shops in Hamburg are closed on Sunday, other than the shops inside the main railway station.

Hamburg is a huge commercial centre for northern Germany, with most of the city’s economy driven from the Port Of Hamburg and shipping companies like Hapag Lloyd.

It’s also an important location for Germany’s financial institutions, as well as a growing number of media and IT businesses, including many of Germany’s major advertising agencies. Aerospace is another large local industry - one of Airbus’s main plants is based in Hamburg, employing over 13,000 people.

Hamburg’s public transport network is one of the best in Europe, with S-bahn (overground) and U-bahn (underground) trains covering the whole city and outlying suburbs, with services running all night at weekends.

There are no turnstiles or gates on Hamburg’s trains, although officials do spot checks to make sure travellers have tickets (although it would be quite un-German to dodge your fare).

Hamburg’s buses are clean, reliable and good value, and run round the clock, or you can take one of the six ferry services from the harbour to locations around the city. Taxis are easy to find in the city – they’re usually off-white, and most accept credit cards.

Cycling is a hugely popular way of getting around in summer, although winter in Hamburg can be windy and pretty chilly!

St Michaelis church (known by locals as ‘Der Michel’), is one of Hamburg’s most famous landmarks. You can travel to the top by lift, or (if you’re feeling energetic), climb the 452 stairs. Your reward will be a stunning panoramic view across the city and the canals and rivers – a great way to get a sense of this remarkable city. 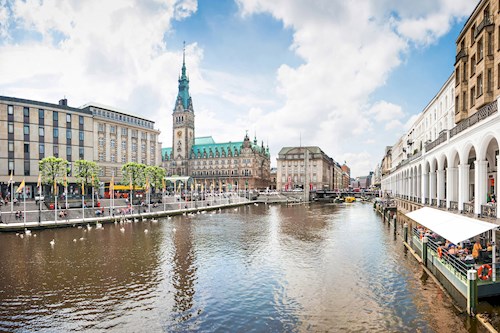