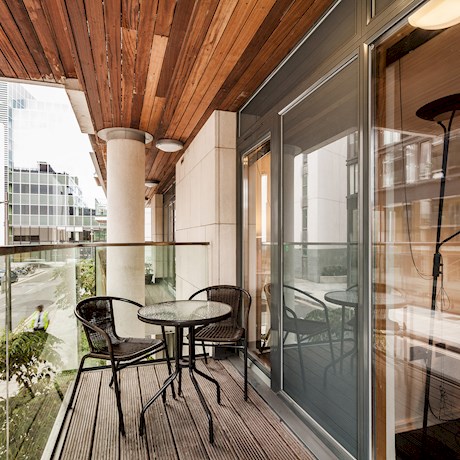 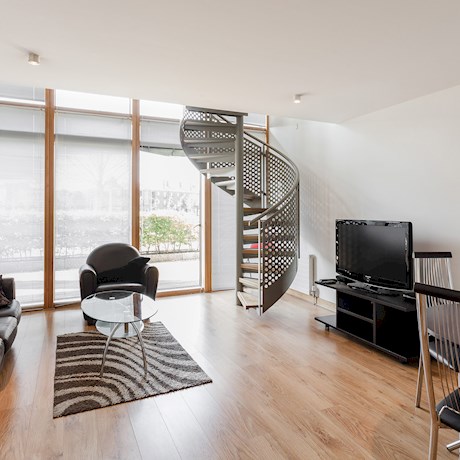 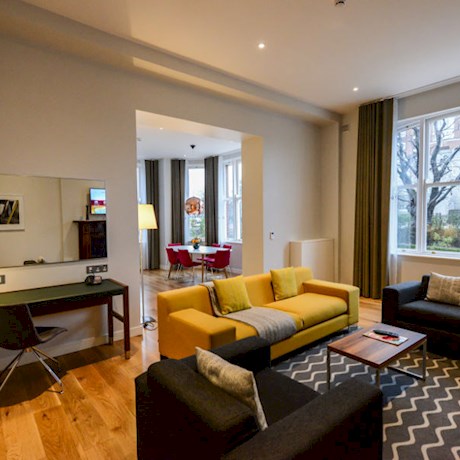 per night
Where to stay in Ireland... Show all apartments in Ireland
Popular Locations in Ireland

What you need to know about Ireland

There are so many special things about the Republic of Ireland, whether you’re exploring the breathtaking landscapes of Wicklow or uncovering the fascinating history of Dublin and Cork. It’s a country full of cultural riches, from art and literature to shipbuilding and architecture, and so much of the country is about as picture-postcard perfect as you’ll find anywhere. 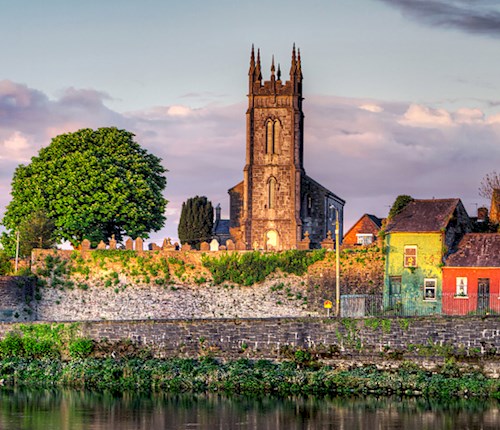 Dublin is a thriving metropolis, yet just a short drive away you’ll find villages that have changed little in centuries, and still capture that old-world Irish charm and warmth that draws millions of visitors to this little island every year. Explore Ireland’s beautiful hills, valleys and coastline, uncover the country’s extraordinary political history, then find the nearest pub, order a pint of Guinness, and make plenty of new friends.

For a country that puts the potato at the heart of its cuisine, you may be surprised by choice and quality of modern Irish food. Like many European countries it has embraced small-scale artisan production, particularly for breads, cheeses and fish. There’s also a new generation of young Irish chef who are causing quite a stir in local restaurants, adapting traditional recipes to suit a more discerning palate, packed with flavour and local ingredients. Whilst few people visit Ireland just for the food, plenty come for the drink – Irish pubs are legendary, and there are plenty of locally-brewed traditional Irish stouts to choose from if you don’t fancy a Guinness. Many pubs and bars in Ireland offer great value food too – it’s the best way to soak up all that beer! 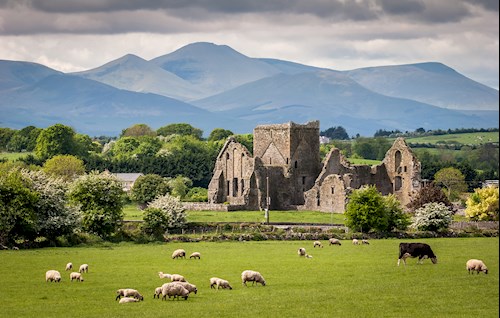 The full spectrum of shopping in Ireland can be found in the main cities of Dublin and Cork, from designer labels to boutique fashion and homewares, as well as plenty of high street brands you’ll recognise from the UK. Grafton Street in Dublin is a great place for shopping, with plenty of high-end shops and Ireland’s flagship department store, Brown Thomas; you’ll also find branches in Cork, Galway and Limerick. Lots of visitors will pick up local Irish crystal from brands like Waterford, or take home an item made form beautiful Irish tweed or Irish linen. For bargain souvenirs, you won’t have to go far to find a shop selling leprechaun hats, shamrock keepsakes or Guinness-related merchandise. Don’t forget that Ireland is part of the Eurozone, so it can be a good value location for a weekend shopping trip when the exchange rate is in our favour.

You’ll often see signs in pubs describing Ireland as “the land of a hundred thousand welcomes”, and it’s absolutely true – being friendly and welcoming to strangers is part of Irish culture, and one of the lovely things about spending time in this delightful country. Most visitors are made to feel genuinely welcome pretty much everywhere, particularly in the main towns and cities, so don’t be surprised if you end up making plenty of new friends! At the heart of Irish culture is the pub – the Irish are some of the biggest drinkers in Europe, despite heavy duties on alcohol imposed by various governments. At some point during your trip someone will offer to buy you a drink – unless you’re a non-drinker, it’s polite to accept, but don’t forget to return the favour!

Few countries are as wonderful to explore as Ireland, and there are plenty of options when it comes to getting around. Cars are relatively cheap to hire (don’t be surprised to see ten euros a day for longer stays), and the roads are great – so this is a great option if you’d prefer a bit more flexibility and freedom. If you’d prefer not to drive, you can hop between the major cities and towns by train, with most other communities served by a very good bus service – both of these get busy during rush hour so try to time your travels accordingly! Where Ireland comes into its own, however, is by bike or on foot – the landscape is so varied and beautiful you never know quite what’s round the next corner, so take some time to hire a bike or set out for a walk in the country.

In many ways Ireland is a country at a crossroads – a large part of the modern Irish population is as cosmopolitan and liberal as elsewhere in western Europe, with liberal attitudes to issues like equal marriage and immigration. However incidences of racism and homophobia are still not uncommon, particularly in some of the smaller towns and communities.