We have lots of apartments in Moscow

Where to stay in Moscow

Where to stay in Moscow 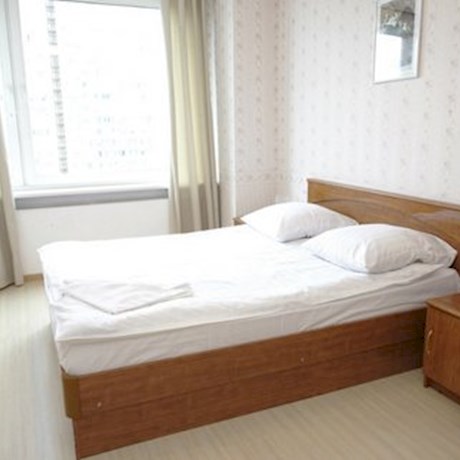 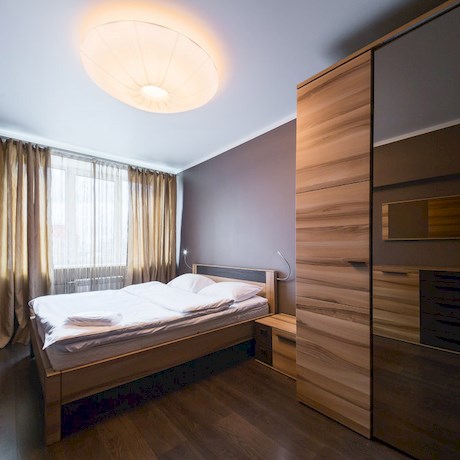 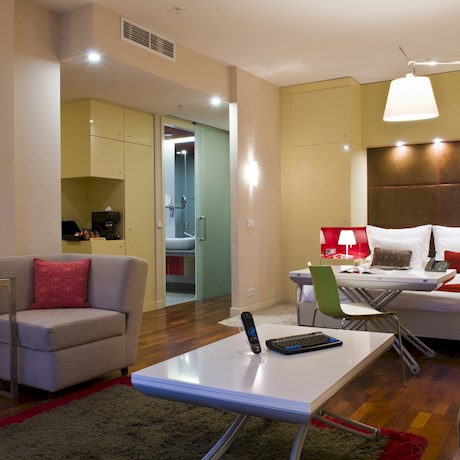 Where to stay in Moscow... Show all apartments in Moscow

What you need to know about Moscow

Moscow is one of the world’s truly iconic cities – it manages to feel both distinctively European and unnervingly other-worldly, combining a western Europe offbeat spirit with a chaotic energy that is distinctively Russian.

Few cities have such a rich history and heritage to explore, from Red Square and the Kremlin at the heart of the city, to historic buildings like St Basil’s Cathedral and the Bolshoi Theatre and Soviet-era landmarks like Lenin’s Mausoleum.

The city is currently undergoing a creative transformation, with new bars, art galleries and edgy restaurants opening all the time, and plenty of conspicuous wealth on show in the designer stores and glitzy shopping malls. Let your senses guide you around this unique and intriguing city – it’s a place like no other.

Moscow’s dining scene has been transformed in recent years, with a new wave of cafes and restaurants opening all over the city, offering a diverse range of world foods and local specialities.

For a light snack, head to one of Moscow’s many canteens (Stolovaya) for a buffet-style selection, or choose one of the many outstanding Azerbaijani, Armenian or Georgian restaurants in the city – they’re generally considered better than traditional Russian cuisine. Dining in Moscow is expensive, but many of the restaurants and cafes offer great value lunch menus on weekdays until around 4pm.

Once the sun sets, you’ll find Moscow’s nightlife is surprisingly diverse and vibrant, with plenty of dance clubs and indie bars where you can dance and drink vodka with well-heeled locals, before stumbling back to your serviced apartment to sleep!

The days of queuing for hours for poor quality goods in Moscow are long gone – the city has embraced consumerism with gusto, with plenty of big-spending oligarchs wanting the latest fashions and accessories.

The Tverskaya area of central Moscow is full of shiny designer stores, and it’s well worth a browse to see how Russian’s super-rich spend their cash. The Moscow GUM near Red Square is a stunning mall, offering lots of international designers alongside some lovely boutique fashion and homewares stores.

For interesting souvenirs (including the ubiquitous nesting Russian dolls), head to the Izmailovsky market at 3-ya Parkovaya – it’s also a great place to pick up a hand-carved chess set.

Moscow is the financial and commercial centre of Russia, and home to the all the country’s largest banks and companies. Gazprom, the largest extractor of natural gas in the world and Russia’s largest company, has head offices in Moscow, as well as many other oil, gas and electricity companies.

Moscow is a huge city, and whilst you can easily explore the central attractions around Red Square on foot, travelling around the wider city is best done by public transport. Moscow’s metro is a great option – it’s cheap and offers good coverage of the whole city and suburbs. If you prefer above-ground travel, Moscow’s trams and trolleybuses are a good alternative.

Travelling by taxi in Moscow is interesting – it’s traditional for Russian drivers to give lifts to strangers (for a fee), so theoretically every driver in Moscow is potentially a taxi. Simply stick your arm out, and when someone stops (or potentially several cars) you negotiate the fare. Very few drivers will speak English, so taxis are really only an option if you have a grasp of Russian, and it’s not the safest option – pre-booked, licensed taxis are fewer in Moscow, but far safer.

Credit cards are becoming more common in Moscow, but many smaller stores and cafes still won’t accept them, so make sure you have rubles in small denominations.

Russia may be embracing elements of Western culture, but the vast majority of Russians still hold negative attitudes to different cultures and lifestyles.