The city is full of history waiting to be uncovered 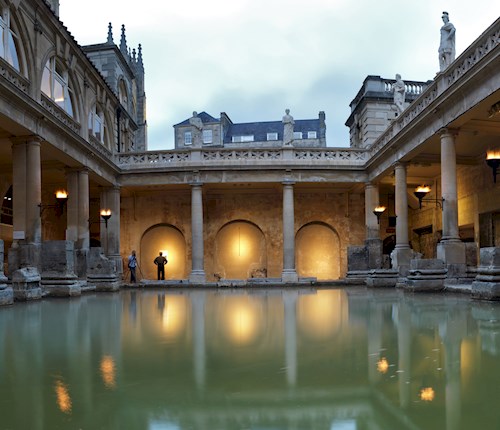 Not only is Bath well-renowned for being one of Britain’s most beautiful cities, but it has vast and fascinating history, architecture and surroundings. If you’re wanting to educate yourself on some of the best bits Bath has to offer, make time to visit these various hives of knowledge… 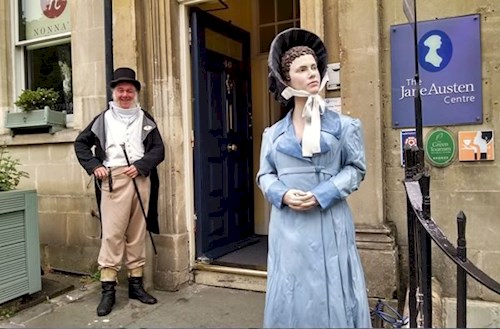 If you’re a fan of  world-famous author Jane Austen then you have come to the right place. Towards the end of the 18th century, Jane paid Bath two long visits and also notably lived here from 1801 to 1806 which resulted in the creation of the Jane Austen Centre - a museum completely dedicated to her in the heart of the city. Jane’s trips here have also led to Bath providing the backdrop to two of her novels, Northanger Abbey and Persuasion.

The permanent exhibit, showcasing the story of Jane’s time in Bath, is told in an original and unique Georgian townhouse situated in the centre of the city on 40 Gay Street. Enjoy being shown around by knowledgeable guides dressed suitably for the part in Regency costume. Contemporary exhibits, talks and activities are ongoing, so there will be something to interest everyone – you will also have the chance to dress up in your own Regency costume if you want to really get involved. A breath-taking life-like model of Jane, created by award-winning sculptor Mark Richards, permanently resides outside of the building so you certainly won’t miss it.

Whilst you’re visiting, be sure to pop into the Regency Tea Room and enjoy food and drink in a lovely, period atmosphere – one that Jane would admire. It’s located immediately above the exhibition and provides guests a perfect backdrop to an Austen-themed Bath trip. Inside, you’ll find more staff dressed in full Regency costume which allows you to truly step back in time whilst enjoying a delicious range of sandwiches, snacks and sweet treats.

Learned so much about Jane Austen. A nice talk and a few films, pictures etc. A great look into history. Not to be missed!

Bath Abbey is a profoundly fascinating feature of Somerset; it’s rich in history which is just waiting to be uncovered. Abbey church, the last great medieval cathedral to have been built in England, dates back to the 7th century – it was reorganised in the 10th century and then rebuilt in the 12th and 16th centuries. Impressively, it is one of the largest examples of Perpendicular Gothic architecture in the West Country and as a result, attracts a vast number of visitors every day. It remains an active place of worship and hosts a variety of ceremonies, concerts and lectures regularly. Inside, you will find war memorials for the local population alongside notable monuments dedicated to several important people in the form of beautiful, stained glass windows as well as both wall and floor plaques.

It wasn’t until 1616 that much of the awe-inspiring church that we know and love was repaired and used as a parish church. Then in the 1830s (over 200 years later) George Manners, a local architect, revamped the exterior and inside – he built a new organ on a screen over the crossing, added more galleries over the choir and installed extra seating. Sir George Gilbert Scott then completely transformed the inside of the Abbey from 1864 to 1874 to depict his vision of Victorian Gothic architecture, resulting in the iconic Bath staple piece we know today.

Many pilgrims and visitors have taken a trip to Bath Abbey over the last hundred or so years to gape at its beautifully decorated interior, join in prayer or simply just to listen to the exceptional sounds of the organ. Tower tours take place daily (except Sundays) on the hour for those wanting to uncover the wealth of history offered by the ancient cathedral in greater detail. For those feeling adventurous, climb the 212 steps to the top of the magnificent tower and experience a panoramic view of the stunning city – you can also sit inside the abbey’s clock face!

One of the finest and most fascinating historic sites in Northern Europe is the Roman Baths; a well-preserved grand bathing and socialising complex dating back to 70AD. Back then, each  day the site would fill with 1,170,000 litres of hot spring water which reached to around 46°C - originally the Romans would bathe in this but you can experience it (albeit fresher water) for yourself as it still happens to this day.

Wind your way through extensive ruins and a fully immersive interactive museum that educates visitors on the uncovered history of the baths. Discover treasures, trinkets and visual snippets which will truly transport you back to the Roman times, making you feel as if you lived amongst the Aquae Sulis people. Follow in the same footsteps that the Romans did 2,000 years ago as you walk along the ancient pavements to explore the historic changing rooms and glacial plunge pools.

Pick up an audio guide and enjoy the sounds of captivating commentary on different aspects of the site as you make your way around – special guides are also available for children so little ones too can learn the history.  It’s located in the centre, only a ten minute walk from the train and bus stations in Bath and five minutes from the nearest long stay car park so don’t let travel restrictions keep you from exploring.

What an incredible place, and so much more than I imagined it would be. We spent a good few hours here, and were completely in awe of the engineering. It's mind-blowing to think that it was built over 2 thousand years ago! 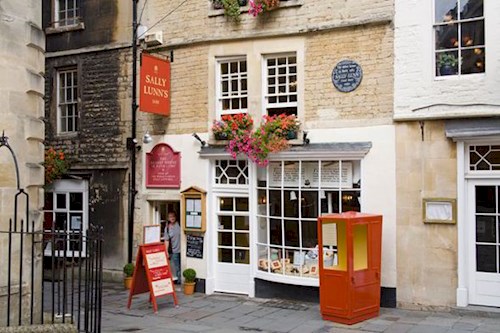 Make sure you add in a trip to Sally Lunn’s Kitchen Museum, a fascinating world-famous tea and eating house located right in the centre, when you visit beautiful Bath. This stunning historic building is one of Bath’s oldest houses and as a result it has a multitude of stories to tell.

Explore a micro-museum in the cellars of the house with the actual kitchen used by Sally Lunn, well-renowned in the city for being a legendary young Huguenot baker who arrived in 1680 after escaping persecution in France. Famously, Sally created the brioche Sally Lunn bun which is an authentic regional speciality known all across the world. It quickly became a delicacy across Georgian England and customers from far and wide would travel to the bakery to request the special bun. Visit the museum at any time of the day, stop off for morning coffee, lunch, afternoon tea, pre-theatre dinner and dinner - your options are endless! The Sally Lunn bun is also on offer of course, still baked using a secret recipe, or opt for a trencher dinner which was very popular back in Georgian England.

Both tourists and locals love this thriving coffee house for its breath-taking historic background and menu, skilfully blending tradition with contemporary flair. Whether you’re after something sweet or savoury, you certainly won’t go hungry. Don’t forget to buy a Sally Lunn bun to take home – each one is beautifully presented in boxes making them delicious gifts or delectable reminders of your trip to Bath.