Where to take your little ones 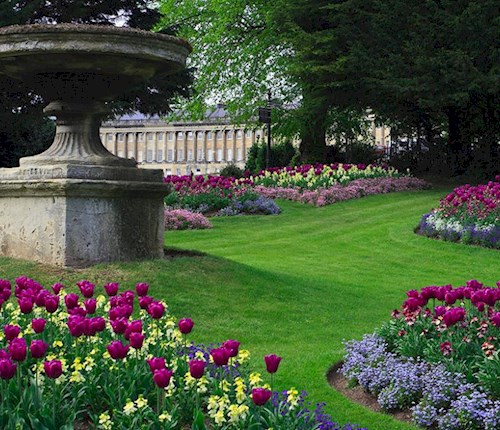 These activities and attractions are sure to keep both big kids and little kids entertained and are great opportunities for every family member to get better acquainted with the picturesque city of Bath. The hardest challenging will be deciding what to do first!

Royal Victoria Park, opened in 1830, is a beautiful woodland setting situated just a short stroll from Bath city centre. There is a unique story behind the rural location - when Princess Victoria, aged only 11, came to Bath to open the park, a local resident made an unflattering comment on the thickness of her ankles – she was so offended that she never returned to the city again! Regardless of this, an obelisk dedicated to her still stands tall amongst the greenery.

The stunning green parkland spans 57 acres and was originally created as an arboretum; today it is home to gorgeous botanic gardens which encompass nine acres and the Great Dell Aerial Walkway. Within the park there’s a vast range of activities to take part in, so bring a picnic with you and make a day of it because this is a perfect spot for a family-fun day out. Play a game of tennis, a round on the 18-hole mini golf course, cruise the waters of the boating pond, or release your inner child in the expansive adventure playground which is fully-equipped with zip lines, climbing frames and a dedicated skateboard area.

The best part about the Royal Victoria Park is that you can visit it at any time of the year – there’s always something to keep you occupied! In the spring feed the ducks before stopping off for a coffee and a bit of food in the Pavilion Café. Alternatively, visit in the summer and set up camp on the rolling hills to watch magnificent hot air balloons take flight over the Bath sky. You can also enjoy burgers and hot dogs in the sun as the park has designated barbeque areas featuring specially modified picnic tables with facilities for appropriate disposable when you’re finished. A brisk autumnal walk through the grounds is the best way to spend a tiresome day in October, then get into the Christmas spirit in winter by gliding across the open-air ice rink which pops up in November. 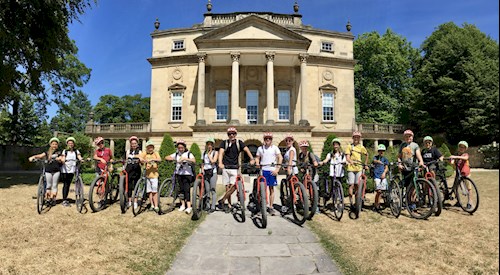 If you want a more fast-paced way of exploring the city, partake in a Bath Bike Tour which is considered by many the best way to discover some of Bath’s great highlights. The tour will take you off the beaten track and allow you to unearth hidden gems with help from the knowledgeable guides.

View Bath in all its glory on this guided cycle tour run by Wild Swim Bike Run. It’s a great way for families to discover the local countryside whilst taking part in valuable exercise, because it’s suitable for all cycling abilities. Choose from a half day or a full day tour, both equally enjoyable ways to see the famous buildings, historic sites and pleasure gardens the city has to offer. Journey down the Kennet and Avon Canal cycle path for a ride through history along the Avon Valley where you’ll find an abundance of wildlife and more historical sites including the Dundas Aqueduct and the Tithe Barn in Bradford-on-Avon. Upon your return to Bath, you will pass through the longest cycling tunnel in Britain which is followed by a pleasant ride downhill to the cycle path along the River Avon.

Opt for an evening city tour if you’d prefer an adventure through the city’s oldest streets and a chance to gawp at grand Georgian architecture, Victorian public gardens, medieval city walls and the legacy of Britain’s Roman occupation. Private, corporate and group tours are all available from Wild Swim Bike Run, a superb way to get a group of people together for a fantastic day out around the World-Heritage location.

The tour guide was excellent! He was super personable and knowledgeable about the city. I would recommend this tour to anyone who is looking for a fun time!

The perfect adventure for anyone, regardless of age, is a day trip to Bath City Farm – a family-friendly farm spanning 37 acres situated in Twerton. It’s worth a visit when you’re here, even if it’s just to witness first hand spectacular views across the city thanks to its hillside location. Be sure to make your way around the whole farm and meet all of the animals including Dougie and Dougal the miniature Shetland ponies as well as Roger the ram and a wide range of other farm favourites.

Wonderful views, nice plants available to buy, organic meat also available to buy. Worth a visit. I have taken my grandchildren and my class of 6 year olds. They especially loved picking up the chickens!

Journey through the nature trail, a one mile-long stroll through the farm’s grassy meadows which are blooming with greenery and beautiful wildflowers. Watch magnificent dragonflies, frogs and newts dance in and around the waters of the wildlife pond and visit the new tree house sat at the bottom of the tree line below Kelston Copse. Little ones will love collecting leaves and petals to stick on the interactive wildlife guide which you can pick up from the Farm Shop or Café Kiosk for 70p – grab a map of the trail too whilst you’re here! Alternatively, venture down the history trail; not too dissimilar to the nature trail, it’s another superb way of keeping children entertained as they attempt to find a dinosaur laying amongst the grass, clamber inside a replica air raid shelter from World War II and examine real fossils. There are ten land markers waiting to be found, they cover approximately one mile and the adventure itself will take around 45 minutes to complete.

After a day of exploring, restless children can burn off some energy at The Fort play area which features a sandpit, climbing wall, slide, swing, interactive water cascade and a space for them to create their own adventures. Families can enjoy a picnic here also on the wooden benches and grass space close by. Travel back in time with a visit to an old bomb crater now used for outdoor performances, cleverly named ‘The Crater’. This open-air amphitheatre showcases a variety of events throughout the year from live music to storytelling, so make sure you check the farm’s What’s On page to stay up-to-date. Before you leave, don’t forget to stop off at the onsite farm shop to pick up a souvenir. 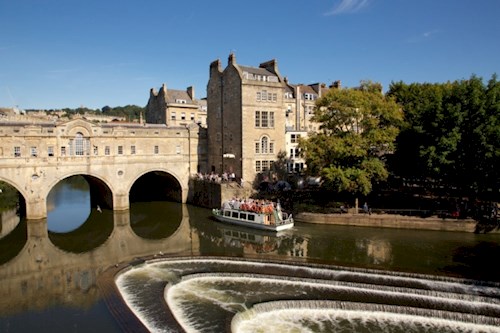 This remarkable bridge boasts the title of being one of the only four bridges in the world to have shops across its full span on both sides and is also one of the most photographed examples of Georgian architecture in Bath – so it’s definitely worth a visit!

Designed in 1769 by Robert Adam, Pulteney Bridge was named proudly after wealthy Scottish lawyer William Johnstone Pulteney’s wife Frances Pulteney. William owned a lot of land in the surrounding area of Georgian Bath and wanted to build on it a ‘new town’ to rival that of John Wood’s on the city’s west side. He decided to build a spectacular bridge which would get everyone talking and attract tons of visitors; what he ended up with wasn’t far off, a classic piece of architecture which crosses the majestic River Avon.

The roadway isn’t wide and the shops are only small, but after its grand opening in 1770, the bridge certainly did what it was set out to do and became the pinnacle of the stunning city of Bath. It was estimated to cost £1,000 but ended up costing £10,000 which, back then, was the equivalent of several million pounds today. In 1792, alternations were made to widen the bridge to 18 metres and the shops were enlarged – the original 16 shops were converted into six larger ones. Today it’s best viewed from Parade Gardens and the crescent weir, and earns the title as one of the world’s most beautiful and romantic bridges. Musical drama fanatics may recognise the bridge already, as it was famously the scene of Javert’s suicide in the 2012 film version of Les Misérables.

On the bridge itself, you’ll find a variety of restaurants all offering a range of different cuisines to suit all price ranges as well as many independent shops and the official merchandise store of Bath Rugby Club.