Get in touch with one of our experts and we'll find you the perfect long stay and short stay apartments in Birmingham.

Things to do in Birmingham
Botanical Gardens

If the sun is shining, be sure to head to the Botanical Gard…

An architectural delight worth visiting!

A perfect family day out

With more miles of canal then Venice, it’s certainly worth e…

Show all properties in Birmingham
Facts about Birmingham

Birmingham is the UK’s second biggest city, and unquestionably one of the most exciting and vibrant for visitors. In recent years, Birmingham has invested in iconic shopping centres, as well as extensive restoration to the city’s canals and Victorian buildings.

Hot on the heels of this urban regeneration comes some of the most quirky shops, bars and restaurants you’ll find outside of London - alongside outstanding museums and galleries, an eclectic art scene, and a wealth of industrial heritage that has transformed Birmingham from Britain’s manufacturing capital into a buzzing cultural and creative hub. In Birmingham, you’ll never be at a loss for things to do and see.

Brum (as it’s known by the locals) has a culturally diverse population and this is reflected in the exciting range of restaurants you’ll find in and around the city, representing over 27 different cuisines and gastronomic cultures. You'll certainly need more than a weekend break to sample them all.

You can also sample the hundreds of quality Indian and ethnic food outlets in Birmingham’s famous Balti Triangle – you’ll soon see why the city is known as the curry capital of the UK!

We’ve managed to narrow down our top three favourite places to eat in the city. Carters of Moseley, located on St Mary’s Row, is not only one of the best restaurants in Birmingham but the best in the country, winning The Good Food 2015 Readers Restaurant of the year, and being awarded its first Michelin star in 2016.

Gustami, located on Ladywood Middleway, is a very unexpected restaurant to say the least, but the Italian food on offer is to an A-list standard. Stick to the Italian basics and you can’t go wrong, with it being freshly-made in a wood-fired oven by an Italian chef.

Original Patty Men, on 9 Shaw’s Passage, with a very rural and industrial feel, and the burgers are really something special. They’re all made with aged beef, unless you go for the vegetarian option which is a slow-cooked, shredded Portobello mushroom. Sides are fries with a variety of slaws and toppings including the OPM spice mix.

Looking for a bit of retail therapy? You're in luck! The city has transformed into one of the UK’s premium shopping destinations in recent years, combining huge malls like the Bullring and the (very fancy) Mailbox with quirky artisan shopping quarters and vibrant markets.

You can shop in style at Harvey Nicks and Selfridges, explore eclectic boutiques for gifts and accessories, or head for the bargain-hunters paradise of Birmingham’s famous Bullring market, where locals and visitors have been buying everything from fruit and furniture to buttons and ball gowns for over 850 years.

Birmingham is a great location for foodie shoppers too, with lots of food markets, speciality delis and fancy food halls packed with tasty treats and ingredients. Make sure to pick up some local sausages and curry spices before you leave.

Birmingham has been feeding the nation for centuries – Cadbury’s chocolate, Bird’s Custard and Typhoo Tea all originated in the city, and they’ve been making consumer goods and cars here for many years too.

Now the city’s economy covers service industries too, particularly in conferencing. Did you know that 40% of the UK’s conference trade comes to centres like the NEC? Car manufacturing is also a big part of Birmingham’s industry, with plants for MG Rover (who are only making MGs these days), and Jaguar Land Rover based in the city.

Things to do in Birmingham

From music to sports, the city is always one to host amazing events, especially during summer. We know you'll find lots of things to do in Birmingham to keep the whole family happy. It doesn’t matter if you’re in the market for theatre shows, comedy shows, gigs, or something simple to keep the kids entertained - the city has a generous amount on offer.

Want to lap up the culture of the city? Visit Birmingham Museum and Art Gallery in Chamberlain Square. You can’t miss it – it’s that striking Grade II-listed building – and it has no fewer than 40 galleries, containing everything from fine art and jewellery to archaeology and social history. The Pre-Raphaelite collection is among the most significant in the world and you can see the likes of Proserpine by Dante Gabriel Rossetti in all its auburn glory.

Looking for something fun to do with the kids? You can’t do much better than spending the day eating chocolate! Don’t forget Birmingham is home to Cadbury World, where you can learn about this popular chocolate brand’s history and take part in interactive exhibits - and most importantly, taste the chocolate.

Perhaps you want to see Birmingham in all its glory? The best way to do that is to explore the city on a canal cruise. The Birmingham Canal Cruise takes you around some of Birmingham’s biggest sites, straight from the water. Depart from Sherborne Wharf and see the likes of the Barclaycard Arena, before sailing past the iconic Gas Street Basin, which was once a hive of industrial activity.

If you're here with the family, experience the wonder of marine life. While Brindley Place is renowned for its bar and restaurant scene, it’s also home to the National Sea Life Centre, Birmingham. A family-friendly attraction, it boasts a variety of exotic sea creatures including sharks and crowd-pleasing penguins. 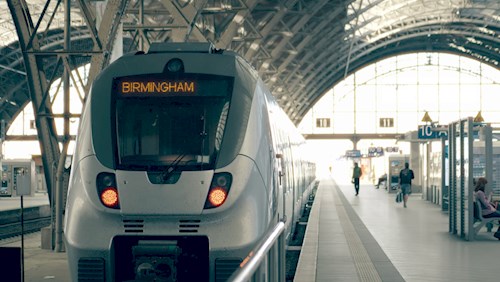 Getting to Birmingham is easy, whether you come by plane to the nearby international airport, take a coach or train from all the major cities in the UK, or drive via the M40, M6 or M5, which all lead directly to the city.

Birmingham is a big city, but it’s easy to get around on foot if you don’t mind stretching your legs a bit. Walking also means you can explore Birmingham’s 50km of glorious canals (that’s more than Venice), huge sections of which have been lovingly-restored as places to walk, eat, or just sit back and watch the canal boats go by.

If you’d prefer, there are local rail lines and the new Midland Metro tram system that provide quick links to everything Birmingham has to offer, and a fantastic network of buses that connect everyone to everything. Taxis are well regulated and of good value, so they’re a good choice if you’re heading home after a night out.

Birmingham is generally considered to be a safe city. However, as with most large cities, there are still areas that you may want to avoid late at night, so make use of the excellent public transport and taxi services during your stay in Birmingham. 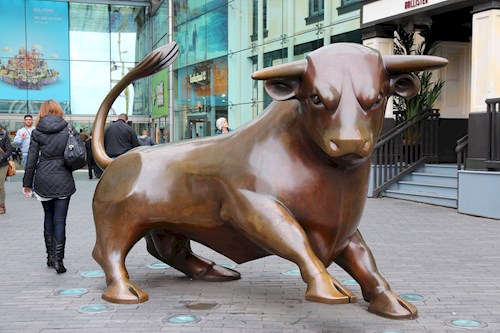