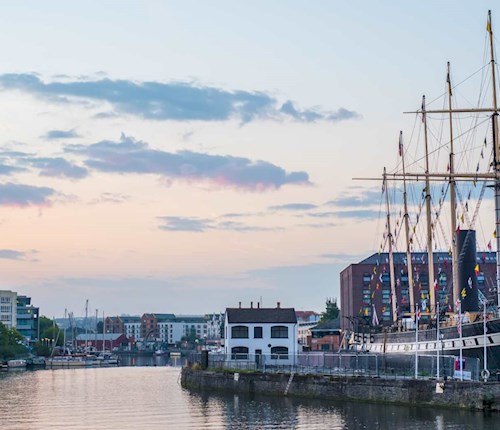 There’s no way you could visit Bristol without taking a trip to see one of the many great architectural works of Isambard Kingdom Brunel, his iconic Victorian steam ship-turned-museum the SS Great Britain. Find out for yourself why it was voted as Bristol’s number one attraction by Trip Advisor.

Arguably the greatest innovation of the Victorian age, the SS Great Britain was launched in 1843 and is admired by many as being the ship which changed the way we travel thanks to its revolutionary ‘vee’ engine. It was the fastest and largest ship the world had ever seen when it was first launched, a luxurious vessel able to sail from Bristol to New York in just 14 days. Unfortunately, due to the high building and maintenance costs, the ship was sold on and crossed many hands before being towed back to Bristol in 1970 and transformed into a floating museum.

Go on an interactive journey around the ship and discover its many areas, from the cabins to the First Class Dining Saloon where you can listen to recordings of conversations and get a glimpse of a Victorian feast. It’s recommended you allow yourself at least two hours to explore the entirety of the museum as there’s so many fascinating historic displays to take in and manoeuvre. An ideal trip when the weather isn’t great, as everything is indoors and there’s plenty of space. Every little helps, so make sure you book in advance online to save a bit of money - adult tickets are £16.50 whilst tickets for children between five and sixteen cost £9.50 and children under four go free. Other ticket options, such as for students, seniors and families are also available through the SS Great Britain official website. Don’t forget – your ticket allows free, unlimited returns for 12 months so there’s plenty of time for you to revisit if you missed anything!

Fantastic visit, magnificent tribute to a great engineer and one of his many amazing legacies. Brought to life by the exhibitions and the role playing actors. A must see if visiting Bristol! 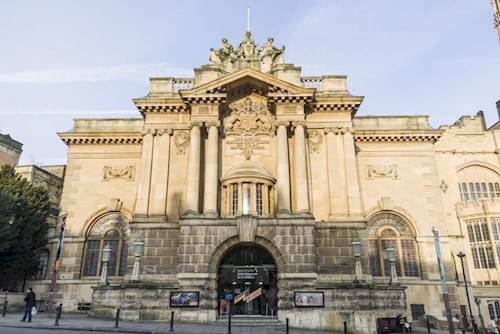 Immerse yourself in the story of our world portrayed by all things art, history and nature for free, housed inside the magnificent Bristol Museum and Art Gallery. Discover fascinating facts about the last billion years of earth’s history and explore some of the regions natural wonders. You can also learn a wealth of information about peoples’ lives both past and present.

Only 0.5 miles from the city centre, situated in Clifton, is the Bristol Museum and Art Gallery which is the region’s largest museum and is run by the Bristol City Council. Displays are dispersed throughout 19 galleries spanning three floors – one visit isn’t enough as there are thousands of interesting objects to discover. Exhibits relating to fine art, coins and medals, aviation, costume and textiles, photography, decorative and applied art, natural sciences, religion, science and technology and archaeology all reside here. A huge range of mysterious objects and trinkets belonging to these collections can be found inside, ready and waiting to educate and fascinate their visitors.

The museum has a hands-on gallery dedicated to thos eunder the age of five on the ground floor called Curiosity – younger visitors can act out a stage performance, tell stories in a crystal cave and play with interactives, puppets and games. It’s a great way to keep them quiet for an hour or two at least! On the first floor you can journey through the last billion years of the planets history through the Geology galleries showcasing amazing fossils and minerals. Allow yourself time to stop by the World Wildlife Gallery, also on the first floor, and discover how wonderful animals truly are - here you can find out how they’ve adapted in fascinating ways to live in their environments. Keep heading upwards and you’ll stumble across the seven art galleries on the second floor, many great artist works live here including Sisley, Pissarro, Bomberg and Bellini. The Eastern Art Gallery, also found on this floor, is a favourite amongst tourists as it displays a stunning range of carvings, ceramics and glass from ancient China and Japan – arguably one of the best collections of Chinese glass outside of Asia. Wherever you choose to spend your time inside Bristol Museum and Art gallery – you’ll come away with a mass amount of new knowledge.

Calling all aircraft fanatics! At Aerospace Bristol you’ll learn all about the highly fascinating story of Bristol’s famous aerospace industry and even get the chance to step on board a true British icon – Concorde Alpha Foxtrot. The Concorde is not just iconic for Britain, but also for Bristol as this is where it calls home. It was in Bristol that the very last Concorde was built and tested before famously being the last of its type to fly. Interestingly, every UK-built Concorde took its first flight off Filton runway – another reason it’s so highly linked to the bustling city.

There’s more than just the Concorde waiting to be discovered here, start at the beginning and learn about the earliest days of powered flight, working through to the cutting-edge technology which has transformed aerospace into what we know it as today. Aeroplanes, satellites, helicopters, engines and missiles all tell the story of the intriguing industry, as well as exhibits dedicated to the bold pioneers who first took to the skies and those who played their part for aerospace across two world wars. After you’ve taken a trip from the past through to the present, jump to the future of the industry and discover how the next generation of engineers are planning to build aerospace to dynamic, never-before-seen heights.

The museum is a only a short distance from the Bristol Parkway train station and tickets are affordably priced, cheaper to buy through the website than on the door - £16.50 for an adult and £9 for a child. Much like the SS Great Britain tickets, your Aerospace ticket will also allow you free day return visits to the museum for one year from the date the ticket was first used. More reason to go back!

What an amazing visit. Staff were really helpful especially with an inquisitive 11 year old. With generations of family members who worked on or for the aircraft it made a lovely way to show future generations what was accomplished. Well worth a visit.

Bristol has a number of museums tucked away off the beaten path, and they’re much smaller in comparison to its Gallery and Aerospace exhibits. If you find you have a free day whilst you’re in the city and fancy doing something different, why not spend a few hours exploring the wealth of knowledge the city has to offer beside its most famous attractions?

Blaise Castle House Museum is a spectacular 19th Century mansion which is situated within 650 acres of picturesque woodland. Inside, you can look through stunning objects dating back to the 18th Century, then head outside and lay on the greenery soaking up the British sun (if you’re lucky).

Underfall Yard is another notable spot, especially popular amongst those interested in all things ship-related. This hands-on visitor centre places you right into a historic 19th Century working boatyard, complete with interactive exhibits and even an on-site café.

The Georgian House Museum is the beautifully-restored former home to John Pinney, an 18th Century slave owner and sugar plantation master. It depicts an intriguing example of how a wealthy merchant in Bristol would have lived between the late 1600s to the early 1800s. Get a glimpse of the harbour views out of the window, just as Pinney would have all those years ago when he’d observe the ships transporting his goods leaving the docks.

If this isn’t your cup of tea, maybe The New Room at John Wesley’s Chapel is. Hidden away within the centre of Bristol’s main shopping district, this museum is also the world’s oldest Methodist building. The visitor centre spans three stories and houses a wealth of resources displayed to educate guests on the city’s Methodist history and how it made its way to America. Each room is brought to life using original furnishings and objects alongside interactive exhibits. Before you visit, check the museum’s website for upcoming events – everything from film clubs to folk music concerts is also hosted here throughout the year.