From ancient castles to the modern architecture of Cardiff Bay - there's plenty to explore
Quick Links
1. Cardiff Apartments 2. Things to do in Cardiff 3. Articles about Cardiff

Our Serviced Apartments in Cardiff

Get in touch with one of our experts and we'll find you the perfect accommodation in Cardiff.

Show all properties in Cardiff
Things to do in Cardiff

Cardiff is the historic, exciting and endlessly surprising capital of Wales – a city that seems to have awakened from a long sleep in recent decades to become a world class hub for culture, retail, sport, entertainment, finance and media. 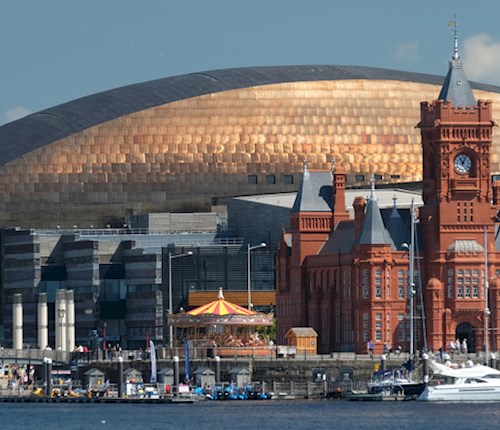 It’s a cool and compact city and - when you add a touch of Welsh party spirit - one of the best nights out in the UK.

Whether you’re in town for business in the Bay, rugby at the Millennium, shopping in St David’s or live music at the Motorpoint, you’ll find Cardiff has a unique and exciting buzz that echoes throughout the city – it’s a place where you just can’t help but have a good time. From daring Cardiff Bay attractions to some soothing retail therapy, we know you'll enjoy your stay in an apartment in Cardiff City Centre.

Places to Eat in Cardiff

Cardiff’s gastronomic renaissance is every bit as surprising and delightful as the city itself. With great cafes, gastropubs and restaurants to be found on every corner from the Castle to the Bay, you'll never struggle to find places to eat near your serviced apartment in Cardiff.

You’ll find plenty of choice when it comes to cuisine too, from British and international to traditional Welsh dishes like Lamb Cawl and Welsh Rarebit. If you’re looking for somewhere to take a break from shopping and sightseeing, try the Café Quarter around Mill Lane.

If you fancy trying out the city’s drinking holes, you won’t have to look far. Cardiff locals love a drink, and the city has hundreds of great pubs, stylish cocktail bars and fantastic clubs all within a short (but potentially wobbly) walk of one another in the heart of the city centre.

For stylish new bars and restaurants near your apartment in Cardiff City centre, Mermaid Quay in Cardiff Bay is definitely the place to see and be seen; if rugby is more your thing, head straight for the City Arms, although you may want to change into a Wales shirt first!

Fancy doing a bit of cooking yourself? You’ll find everything you need to prepare a delicious meal in your Cardiff apartment – with plenty of cooking facilities and a modern - but cosy - space to settle down in for the evening.

Cardiff is a great day out for a spot of retail therapy, attracting shoppers from across South Wales (and the other side of the bridge, for that matter) for its new shopping centre, historic arcades and unique markets.

The best shops can be found in and around St David’s Centre, which underwent a £675 million regeneration programme in 2009 and now includes lots of great department stores alongside upmarket labels, designer brands and a rather swish John Lewis - all just a short jaunt away from your serviced apartment in Cardiff!

For vintage shops, independent boutiques, jewellery and antiques, duck into the Castle Quarter, where you’ll find a number of stunning Victorian and Edwardian arcades packed with artisan goodies. Or you can shop for Welsh cheeses, breads and meats at Cardiff market, the biggest of its kind in the city. Make the most of the impressive retail offerings of this city and book a weekend in a Cardiff apartment.

It's important to consider places to stay in Cardiff if you're in the city for business. Cardiff is the biggest finance and business centre in Wales and is home to the national or regional headquarters of companies like Legal & General, Admiral Insurance, HBOS, Zurich, ING Direct, The AA, Principality Building Society, British Gas, Brains Brewery and BT.

It’s also the centre for Welsh media, with studios for BBC Wales, S4C and ITV Wales all based in the city, as well as the BBC studios at Roath Lock where Doctor Who is filmed.

It’s not just big studios, however – Cardiff is also home to a huge media hub that includes over 600 TV production companies and creative businesses.

Cardiff is just over two hours from London by train, and easily accessible via the M4 from the rest of Wales or England.

Once you’re here, you’ll discover a neatly compact and flat city that’s easy to get around on foot, with most of the shops, bars, restaurants and hotels based within a few minutes of the city centre and the front door of your Cardiff apartment.

Or if you prefer the classy bars and restaurants of Cardiff Bay, it’s just a short train, bendy bus or taxi ride away. Much of the city centre is pedestrianised and there are plenty of traffic-free footpaths that make it easy to travel by bike.

Taxis and buses are good value and plentiful, running well into the small hours, worth noting when you're planning things to do outside of your short stay apartment in Cardiff.

To make the most of whatever brings you here, pair your trip with a serviced apartment in Cardiff. 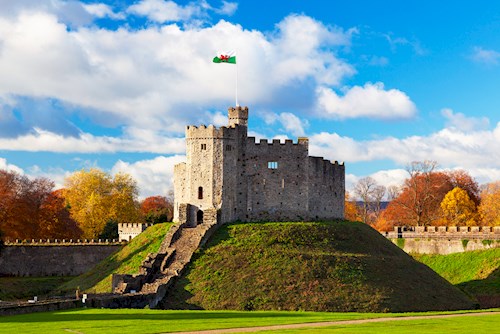