Hot spots for out of office working

Those spending all their time between the office and their serviced apartment can easily find green spaces to stretch their legs in Edinburgh. Calton Hill is one such example and its location right in the city centre makes it conveniently easy to access between meetings.

Situated in Central Edinburgh, just east of Edinburgh’s New Town, sits Calton Hill; a beautiful location which features some of the best sunsets and views across the city. As well as the breath-taking panoramas, the Calton Hill is also home to an unfinished acropolis, Nelson’s Monument and the Old Observatory House –views of the magnificent monuments have astonished visitors for centuries. Other major landmarks such as Arthur’s Seat, the Royal Mile and the Firth of Forth can also be seen from the top of the hill.

Originally called the “National Monument”, the acropolis is actually an unfinished monument. Building began in 1822, but after funds ran low it was left as a half-completed façade. Previously dubbed as “Edinburgh’s shame”, the monument is now a fantastic historical landmark which attracts a multitude of visitors to its windswept ruggedness all year round. For star gazers, there are two observatories; the Old Observatory house built in 1792 and the City Observatory, which is slightly more modern as it was built in 1818 and holds permanent exhibitions and viewings of Edinburgh’s stunning night sky.

It only takes around five minutes to reach the top of the hill from a staircase at Regent Road on the south side, or Royal Terrace on the north side. Alternatively, you could drive up the winding road and park in the onsite car park. Locals often spend their  lunch breaks here when the weather is nice – Calton Hill is a favourite spot for many looking to relax and complete work outside of the office. Events frequently take place in this historic neighbourhood, such as the Hogmanay fireworks and the Beltane Fire Festival, so be sure to stick around for those!

What a fantastic place, probably the highlight of our Edinburgh stay! During our two day visit to the city, we visited plenty of stuff, but none as impressive as Calton Hill! 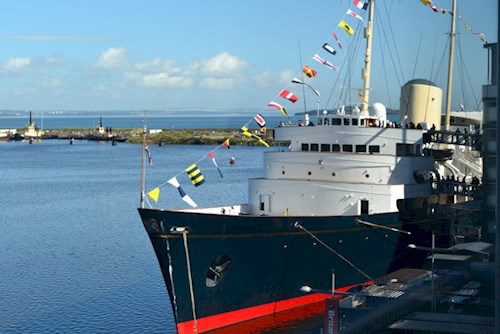 Not far from the financial district of Edinburgh is Leith and the dock where the Royal Yacht Britannia  can be found. Take some time out to explore the vessel, which travelled more than 1,000,000 miles in service of the Queen and the rest of the Royal Family. A complimentary audio handset tour really brings the experience to life, as it directs you across Britannia’s five main decks.

Step on board Her Majesty’s floating Royal residence, the Royal Yacht Britannia, to discover what life was truly like below the deck. Many of the world’s greatest leaders such as Sir Winston Churchill, Rajiv Gandhi and Nelson Mandela have all boarded the famous boat, and you could follow in their very footsteps.

I’ve never experienced anything like this before and really enjoyed it! Loved afternoon tea in the tea room! Staff were extremely friendly and food was delicious! Really nice as something a bit different.

Proudly sat within the Top Five UK Landmark Attractions (according to TripAdvisor 2018), the Royal Yacht Britannia has consistently been marked as Scotland’s best visitor attraction by VisitScotland.

Travel back in time and visit two different worlds, both so far from each other that the vessel is sometimes referred to as “two ships in one”. At the stern of Britannia you’ll find the prestigious State Apartments and the Royal Family’s living quarters which are luxuriously comfortable. A far cry from this, at the other end of the ship, you’ll discover a functional Royal Navy vessel, where operational equipment and crew were housed in cramped conditions.

As the third largest financial centre in the UK, Edinburgh’s Royal Yacht Britannia doesn’t sit far from the hustle and bustle of young professionals on their commute to work. This makes the mighty ship an exciting attraction to visit on your lunch break; or perhaps gaze in astonishment at it from afar, sat in one of Ocean Drive’s many restaurants, bars or cafés. 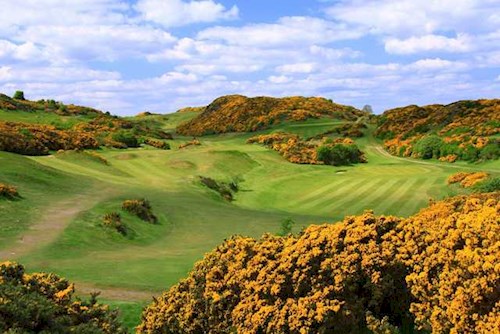 The Par 71 course at Braid Hills Golf Course is legendary for a number of reasons. Not only is it challenging and complete with the unusual hazard of gorse bushes, but it also has stunning views out to the Firth of Forth, with some of Edinburgh’s most iconic landmarks in between.

The perfect spot for your day off or an exciting place to meet and socialise with work colleagues, the Braid Hills Golf Course is one of Edinburgh’s most vertically challenging golfing tests due to its elevated hilly crags. The exercise you partake in getting from one area of the course to another is definitely worth it as it gives you a great opportunity to admire the breath-taking panoramic views. For many, these impressive views form the core of the Braid Hills experience and has led to it being described as the most stunning public course in Britain.

Convenient opening hours for Braid Hills makes it extraordinarily easy for you to visit after work or perhaps on the weekend as its open Monday – Friday 9am-9:30pm whilst Saturday and Sunday the course closes slightly earlier at 6:30pm. Along with the generous opening hours, the affordable prices also add to the list of many reasons why the locals love it.

But be prepared – the challenging driving holes means golf balls will be lost so be sure to bring plenty spare as you’ll certainly leave lighter!