Forget the history books, experience it for real! 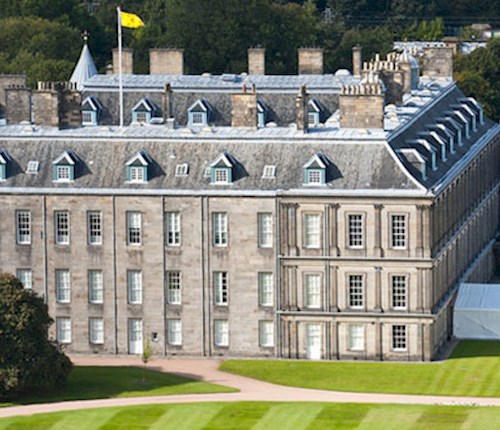 Don't miss this - A jewel of a historic building and full of great artwork.

At the opposite end of the Royal Mile to the castle is the Palace of Holyroodhouse, the Queen’s official residence in Scotland. It’s a must-visit for history students and anyone interested in Mary, Queen of Scots and subsequent monarchs. Visits include the State Apartments, Throne Room and Morning Drawing Room.

Since the 16th century, Holyrood Palace has served as the principal residence for the King and Queen of Scots and is also often used as a setting for official entertaining and state occasions. For one week at the beginning of each summer, the Queen resides here in order to carry out a range of official engagements and ceremonies. Throughout the year, except when members of the Royal Family are in residence, 14 majestic Historic Apartments and State Apartments are open to the public so guests can educate themselves on all things Royal.

A programme of changing exhibitions from the Royal Collection are on show at the Queen’s Gallery inside Holyrood Palace; the romantic ruins of the 12th-century Holyrood Abbey and breath-taking Royal Gardens are also a must-see attraction here for all visitors. Complimentary audio tours are additionally on offer for those who want a personal guide through the magnificent property. Historians will be amazed at the sight of the most famous room in Scotland – Mary, Queen of Scots’ Bedchamber in the Palace’s west corner as well as Mary’s Outer Chamber, the scene of the murder of her Italian secretary. 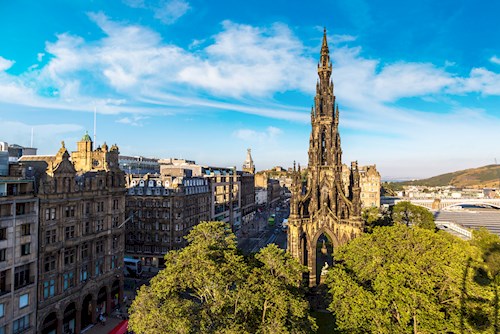 Inspire yourself and open your mind by climbing the 288 steps to the top of a masterpiece dedicated to one of Scotland’s most well-loved writers. Scott Monument can be seen from all over the city centre and offers fantastic views of Edinburgh, as well as an insight into the details of the author and poet’s life.

The Scott Monument is a Victorian Gothic statue which stands around 200 feet tall in Princes Street Gardens and pays tribute to Sir Walter Scott, who died in 1832. Construction for the monument began in 1840 and was completed in 1844. The figure was designed by George Meikle Kemp who won the architectural competition to commemorate the Scottish literary figure – although he never lived long enough to see it completed. A truly unique building, it’s amongst the largest monuments to a writer anywhere in the world.

Entry cost is relatively low, and once inside visitors are able to learn more about the history of the monument in the Museum Room on the first floor. Here, you can also gaze upon four magnificent stained-glass windows which feature two saints as well as the coat of arms of the City of Edinburgh and of Scotland. A statue of Sir Walter himself proudly sits at the base of the monument – a remarkable work of art which took six years to complete. Make sure you pay a visit to the coal-stained limestone and intricate carvings that attract audiences from all around the world.

Amazing place, you can make incredible photo shoots, fantastic views all across Edinburgh from the top. Must visit! 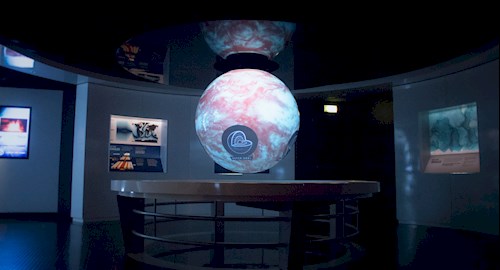 Discover more about the formation of the universe and its development at Dynamic Earth during your Edinburgh stay. Enjoy the interactive exhibits and even the 4Dventure flight simulator if you’re feeling adventurous.

Sat in the Holyrood area you will discover Dynamic Earth, an amazingly weird and wonderful attraction that will take you on a journey through time to discover the story of the creation and continuation of planet earth. The tour is fully interactive – visitors can feel the heat of a bubbling volcano as well as the cold chill of polar ice before enduring a torrential tropical rainstorm inside the manmade rainforest. Often referred to as Edinburgh’s best family attraction, kids and adults of all ages will enjoy embarking on this interactive adventure of a lifetime.

Dynamic Earth is also home to Scotland’s only 360 degree full dome film theatre, a stunning high-definition digital screening experience with explosive surround sound to immerse you deeper than ever before. You can find a range of planetarium shows playing here throughout the year including films exploring stars, aliens, super volcanoes and asteroids! This attraction should definitely be on the top of any family’s schedule when visiting Edinburgh - the animatronic primates are waiting for you…

L-O-V-E it! You can travel back to the beginning of time! Feel the ground shake beneath your feet! Get your hands on a real iceberg and watch a space-tastic movie at the show dome! 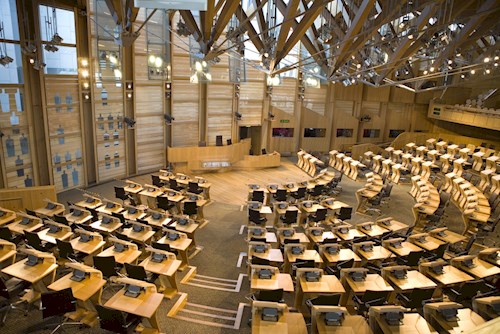 The Scottish Parliament is an informative space that offers plenty of insights  - there’s the state-of-the-art architecture, the parliamentary debates, a literary tour and even the parliament’s own art collection. Take a tour to find out more.

In the heart of the Old Town World Heritage Site, you can explore (for free!) the Scottish Parliament which is open to all visitors Monday – Saturday. Witness parliament in action (usually on a Tuesday, Wednesday and Thursday) inside the Debating Chamber or embark on a free guided tour of the building – running Mondays, Fridays and Saturdays. Engaging tours take visitors on a trip of parliament’s architecture and design as well as discussing how parliament works along with some of the magnificent art collection. Alternatively, if you don’t fancy an hour tour of the building, you can listen in on a ten minute talk which takes place regularly in the Main Hall.

Be warned that over the Christmas period and during February the building is closed off to the public so if you are planning to visit around this time be sure to check dates.