The biggest challenge is knowing where to start!

Where to stay in London...

Show all serviced apartments in the city

Still looking for a London apartment or accommodation further afield?

Get in touch and we'll find you the perfect apartment for your long or short stay.

Things to do in London

What the experts say...

"I was impressed with the many nice little touches!"

"I honestly have nothing but praise for this place."

"If you are looking for a long stay in a completely central place right in the City of London, it can’t be beaten."

"SACO Holborn creates a perfect balance for the corporate guest and the leisure traveller."

"I loved how relaxed and free I felt during my stay here."

"The Moorgate is contemporary yet homely and will undoubtedly meet all of your needs."

"The Moorgate brings with it history, culture, gastronomy, class and a pleasant stay."

"The apartment itself opened up to a quiet backstreet, and it was bright and spacious, with a comfortable bed."

"It's a whole lot more than just a home away from home!"

"The Cannon couldn’t have been a better address to end our week in England."

"SACO Apartments are really special and actually, I wish I could call this place my home."

"It's great to see a hotel that's so in touch with contemporary design."

"It was a beautiful and relaxing stay and I'd recommend Leman Locke to any weary wanderer."

"The minute we arrived we felt immediately at home."

"We felt so at home, and such a calm oasis in the middle of busy central London, makes you forget where you are!"

"Perfect for the efficient traveller."

"The apartment has everything you need and the best part was the feeling of having a home in London."

"The location, amenities, apartment size, and staff completely exceeded all expectations and have seriously set the bar high!"

"Our stay at SACO was one to remember."

"This stylish lifestyle aparthotel makes a fantastic base for an urban retreat."

"An urban oasis away from the hustle and bustle of the city below."

"The staff were also extremely nice, which added to the good experience during my stay!"

"I’d highly recommend making your way there as soon as possible!"

"I can't imagine a better family stay in London!"

"The Moorgate is where any London traveler wants to be if they wish to sit in the center of the city’s action."

"When I walked in, I fell in love and I felt at home."

"They provided top notch service from beginning to end!"

"Leman Locke is really the best hotel I’ve stayed so far in London."

"The overall effect is of modern homely lodgings with designer appeal."

"I loved my temporary apartment in London and would definitely recommend staying here!"

"Bringing the best parts of serviced apartments and hotels together."

"SACO Holborn ensures that no detail is left out for the comfort of its customers."

"The Cannon provides a memorable, immersive and cultural experience."

"Personally, I couldn’t have asked for a better location."

"Seriously, I want to move to this very apartment!"

"A discreet yet luxurious holiday apartment in London."

London is one of the world’s most visited cities – a vibrant, buzzing capital packed with history, art and leafy parks and gardens, as well as a cultural diversity and international flavour that is unique to this big city. There's no better time to book serviced accommodation in London, dropping you right in the centre of the capital's charm.

From the magnificent museums and cultural landmarks, to the eclectic markets and ancient London pubs on every corner, the boundless creativity and the energy of the City is truly remarkable.

Whether you enjoy a stroll along the bustling South Bank area towards the West End theatres, fall in love with the lively East End or spend some time in the peace and quiet of the stunning parks, you’ll be captivated by everything London has to offer at every turn. No matter if you're looking for a weekend break in London or in town on business for a few months, we have an extensive range of beautiful serviced apartments in London and no matter how many times you visit, you’ll never feel as though you’ve seen it all. 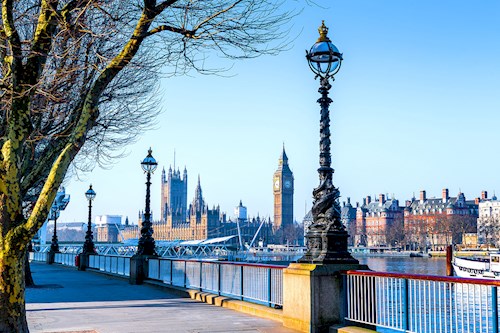 London may be steeped in British tradition, but it’s also the most international city in the world, with 300 languages and cultures coming together to create the sights and sounds of this extraordinary metropolis. What could be better than immersing yourself in the diversity of the city and booking a London serviced apartment entrenched in the hustle?

Going out in London

Haute cuisine - a stone's throw away from our London aparthotels

There was a time when nobody had anything good to say about British cuisine - but those days are long past. The London food scene is widely acknowledged as one of the world’s greatest – for both dining and drinking. There’s no denying that staying in central London serviced apartments and discovering the local cuisine is a great way to release your inner foodie.

The city has its fair share of Michelin-starred restaurants, celebrity chefs and fancy bars and eateries. But the true joy of inner-city dining is in the round-the-world tour of global foods and modern British cuisine that you'll find on the doorstep of our fully serviced apartments in London. From the Brick Lane curry houses to the indie cafes and gastropubs of Chiswick, Stoke Newington, Clapham and Highbury. Or if you'd prefer to eat in, you'll find a kitchen and ample cooking facilities in your London serviced accommodation.

You could spend days doing nothing but shopping in London, whether it’s browsing the hallowed halls of Harrods, or rummaging around the stalls of the famous Portobello Road market. The West End is where most shoppers begin their retail therapy, in the flagship outlets and department stores of Oxford Street, the designer stores of Bond Street, the bookshops of Charing Cross Road, or the cool stores and boutiques of Covent Garden.

A little further afield, Shoreditch and Spitalfields market have plenty of unique fashion outlets selling exquisite antiques, fine goods, artisan furniture and quirky fashion. Don’t miss Borough Market for fantastic organic foods and produce that you can prepare from the comfort of your very own serviced apartment. If handmade trinkets and small fashion pop-ups are your idea of a day well spent, take a look at our serviced holiday apartments in London - an excellent way of getting away for the weekend without the hassle.

The historic delights of Central London are best explored on foot, but it’s a big city so you’ll need some comfortable shoes! If you wish to venture further afield, the London Underground (The Tube), light railway and overground railway systems are a comprehensive network of stations that are easy to use. They're good value too, particularly if you get a pre-paid Oyster card which can also be used on the famous London red buses.

By river is a great way to travel and the Thames Clipper or a water taxi will deliver you to your destination in elegance, style and in no time at all. It also means that you get to take in London’s iconic skyline from a new perspective along the way. London’s famous black cabs are everywhere, and cycling is increasingly popular, with cycle hire stations available across the city – although we recommend only experienced cyclists with the right safety equipment explore the busy roads on two wheels.

Like the rest of the UK, London cars drive on the left and the local currency is GBP£ rather than the Euro, so if London is a stop on your European tour you’ll need to get some British pounds.

Always take a black cab, pre-booked taxi or Uber home after a night out, and avoid the touts outside bars and clubs offering a ride home in unlicensed vehicles.

If you're looking for more ideas, inspiration, and information on aparthotels and serviced apartments in London, take a look at our blog. Here you'll find everything you'll need to make the most of your stay in our serviced accommodation in London. 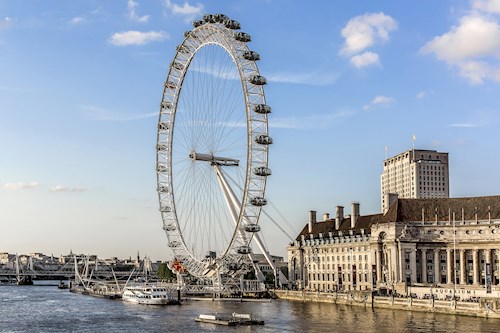 If you're planning a corporate event or need to stay in the City on a business trip, take a look at our executive apartments in London. As one of the biggest financial centres in the world, and the most important location in Europe for international finance, London is a hub of commercial activity.

The iconic landscape of Canary Wharf is home to the headquarters of HSBC, Citigroup, Credit Suisse and KPMG, along with over 500 global banks based here and in the City. Over half of the top 100 listed companies in the UK are based in London, and 75% of the biggest global companies have offices in the city.

So, when you need to stay in the City for a stint, our London serviced apartments can put you in a central location whilst giving you everything you need to feel comfortable.