Where to stay in The West End

The West End is the shopping and entertainment heart of London, home to the best of the city’s theatres, shopping and many of the most famous landmarks and attractions. 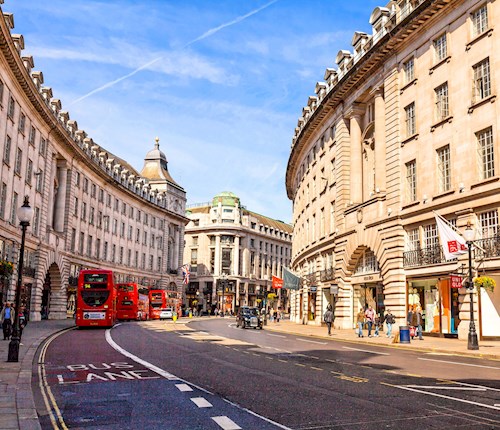 From the cobbled streets and market squares of Covent Garden to the bright lights of Piccadilly Circus, the West End is a place for putting work aside and having fun.

You can shop ‘til you drop on Oxford Street and Bond Street, contemplate Old Masters in the National Gallery in Trafalgar Square, enjoy a fabulous meal in Chinatown, sing along to a musical in Theatreland and then party in Soho with fun-loving visitors and hedonistic locals alike.

London’s West End offers a hugely diverse range of food, from the authentic Asian cuisine of Chinatown to the Michelin-starred restaurants in Mayfair.

Covent Garden offers the best pre-theatre dinner deals in London, with great value set menus on offer for theatregoers and early bird diners alike. Soho, Leicester Square and even the back streets and alleyways around Oxford Street have some outstanding places to eat and drink, with plenty of British pubs where locals spill out onto the pavements in summertime.

The area around Old Compton Street in Soho is the heart of London’s gay scene, with some fantastic bars and clubs that are open until the early hours.

Shopping in the West End

The West End is where everyone in London heads for the best shopping, particularly for High Street brands and department stores on Oxford Street, designer brands on Bond Street and the boutiques, shoe shops and vintage clothes of Covent Garden.

There are plenty of hidden gems to discover in this area too – Holborn and Chancery Lane are great for antiques and tailored clothing, and iconic Carnaby Street is full of global fashion brands and luxury boutiques.

Just around the corner is the famous Liberty store, housed in beautiful 1920s Tudor Revival building that feels like stepping back in time!

Getting to the theatre

The West End is well serviced by London’s transport system, with plenty of underground stations and bus routes throughout the area, so you’re never more than a short walk from any of the main attractions.

The West End itself is best explored on foot, particularly the historic streets of Covent Garden and Soho which are full of elegant buildings, charming squares and unexpected alleyways and side streets.

Taxis are easy to find in this area, you can hail one from outside your serviced apartment, and you can always take a rickshaw ride if you fancy being pedalled through the streets!

London’s museums and galleries are some of the best in the world – in the West End alone you’ll find the National Gallery, the National Portrait Gallery, the British Museum (all free of charge), the London Transport Museum and the famous waxwork museum, Madame Tussauds, all of which are worth a visit, although you'll have to prioritise if you're only in London for a short break! 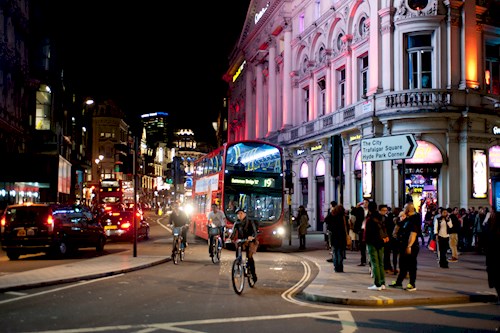 Whilst the City of London and Canary Wharf are London’s main business and financial districts, the West End is the main media and entertainment hub for the city.

It has a huge concentration of art galleries, educational institutions, embassies, government buildings and hotels, as well as most of London’s company headquarters outside of the financial services sector.