Fun days out for both big kids and little kids! 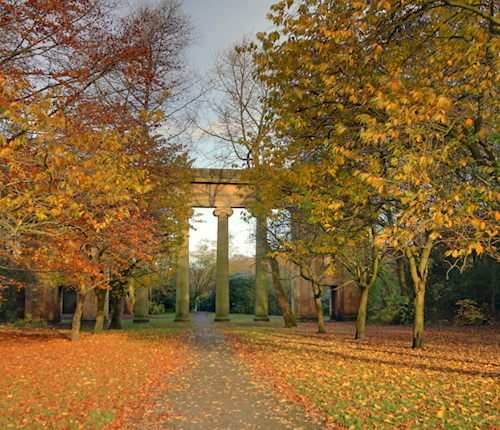 Escape the city and spend some time as a family at Heaton Park. Four miles north of SACO Manchester - Piccadilly, you’ll find a boating lake, ornamental gardens and two playgrounds, where the kids can burn off some energy.

Not been to this park for years, was pleasantly surprised, it was great for our granddaughter to ride her bike, there was the play area with a big slide and swings. The animal park was small but enjoyable. There was a boating lake, plus lots of other things to do, will certainly go again!

Known as ‘the green lungs of the city’ this 600-acre estate is a must for anyone who loves the outdoors. Four miles north of Manchester city centre, it is easy to reach by road or public transport. Heaton Park itself contains a boating lake, golf course, an animal farm, woodlands, ornamental gardens, bowling greens, an observatory and two playgrounds. Renowned for being the biggest park in the North West, the luscious green area opens its gates at 8am and closes at dusk every day giving you a perfect excuse for a fun-filled, day-long picnic.

Activities and events are held here throughout the year, from sports days and donkey rides to outdoor concerts – Oasis and the Stone Roses (every Mancunians favourite) have even played concerts here! The park is also home to Parklife, an independent music festival held here annually to showcase some of the world’s best DJs and producers in dance, electronic and hip hop music. Heaton Hall, the 18th-century country house and its surrounding landmarks, are steeped in history and offer a range of superb architectural sights. Remodelled by James Wyatt in 1722, the Hall is only open to the public on an occasional basis as a museum and events venue. Don’t miss the Town Hall Colonnade for a glimpse of history and the orangery with its beautiful south facing garden. A must is a walk to the temple which, designed in 1800, sits at the highest point in Manchester.

Finish with a walk to the Stable block or the boathouse for the essential café stop off! Both serve drinks and a variety of food including cakes, sandwiches, salads and even honey made in the park itself. Another rest stop can be found at Heaton Park garden centre – The Hidden Gem Café serves coffee and teas with homemade organic cakes and pastries every day from 9:30am until 4:30pm. 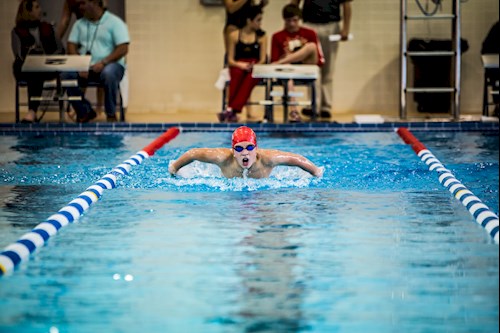 Built for the 2002 Commonwealth Games, the Manchester Aquatics Centre has facilities to suit people of all ages and abilities. Whether you want to swim in the 500m pool, launch yourself off the same diving board as Tom Daley or watch the kids splashing around on the elephant-shaped slide, you’ll find it here.

You will find a wide range of facilities here including three high quality gyms, a 50m swimming pool which can be split into two pools, a diving pool, health suite and an extensive fitness class programme.

Famous for its Olympic sized swimming pool, the centre sits south of the city, not too far from the University of Manchester and Manchester Metropolitan University, making it a hit with students.

The centre is very easy to spot for those not local to Manchester as it is the shape of a giant asymmetric trapezoidal prism with a roof resembling a wave. Often, the pool is used for water polo and scuba diving training but it also caters to younger pool users with its two water flumes and bubble pools.

As well as being home to the City of Manchester Aquatics Swim Team and hosting the 2002 Commonwealth Games, the centre has also previously been used for: the Paralympic World Cup since 2005, training for teams for the 2012 Olympic Games and SwimBritain 2013. Whether you’re learning to swim or just trying to perfect your technique, the centre also offers a range of swimming lessons for all ages and abilities – so don’t forget to pack your swimming costume.

If you’re the type of person who could shop ‘til you drop, or just a foodie out to discover a new venue for a hearty meal, then Manchester's Intu Trafford Centre  is where you want to be when you visit Manchester. Home to Europe’s largest food court, a huge variety of shops and the UK’s busiest cinema, the Trafford Centre is a key attraction with something for everyone.

One of the main focal points of the shopping centre is The Orient, a 1,600-seat food court decorated to represent a 1930s cruise liner not too dissimilar to the late RMS Titanic. Designs from around the world are incorporated in the food hall, with intricate décor styles inspired by China, Egypt, Italy, America, New Orleans and Morocco. Spanning two floors, it has over 60 of everyone’s favourite bars and restaurants including the likes of Five Guys, Wagamama, TGI Fridays and Gourmet Burger Kitchen.

Around the corner of The Orient, you’ll find another focal point of the Trafford Centre – the Great Hall, often known amongst locals as the ‘people’s palace’. A grand glazed structure featuring a sweeping staircase with hundreds of metres of marble and what is claimed to be the largest chandelier in the world. The Grand Hall is your gateway to shopping heaven; you’ll find famous favourites here such as Selfridges, Zara, Apple, John Lewis… the list goes on.

When you get tired of shopping there’s still so much inside the Trafford Centre for you to do. Watch the latest blockbuster at Odeon IMAX, explore underwater at Sea Life, battle it out with friends and family at Laser Quest or for the ultimate indoor playground head over to the Legoland Discovery Centre.

A great place to shop and plenty else to do for the kids and us men to do as well. Must be good. I don't usually see my name and shopping in the same paragraph!!