Queen of the Midlands

Where to stay in Nottingham

Where to stay in Nottingham...

Show all properties in Nottingham

Things to do in Nottingham

Things to do in Nottingham

Home to legendary men in tights, historic lace-making, stunning English forest and 61,000 high-spirited students, it’s no wonder that Nottingham has been attracting visitors for centuries.

It’s a medieval city packed with history and architecture, but one that has also fully embraced modern living. 21st century Nottingham is a dynamic East Midlands hub that seems to do lots of things really well, whether it’s great shopping, award-winning eating out, clever public transport, or a buzzing entertainment and live music scene that offers something for everyone.

There are over 300 places to eat in Nottingham, serving up a mouth-watering selection of local produce and world cuisine. If you fancy something fancy, you won’t find much better than the modern British menu at Sat Bains, which holds two Michelin stars and is only 10 minutes by taxi from the city centre.

But there’s plenty to satisfy foodies on a tighter budget, from cosy gastropubs to riverside bars and cafes galore, serving great Italian, tapas, Indian, rustic French and everything else in between.

If you’re just after a drink, Nottingham is full of great real ale pubs, student haunts and friendly bars serving world beers, wines and cocktails, and if you’re lucky you may find there’s a food and drink festival on in the city too.

The Robin Hood Beer and Cider Festival takes place in October, and is a great opportunity to try a local tipple and become (temporarily at least) one of Nottingham’s legendary merry men and women, before stumbling back to your serviced apartment.

Nottingham has a well-earned reputation as a great place to visit for a day’s shopping, with plenty to please lovers of big name retailers, quirky vintage fashion, stylish independent boutiques or lively markets. All the usual high street brands can be found at the Victoria Centre in the north of the city, which also has a cracking indoor market selling fresh produce, jewellery, crafts and haberdashery at great prices.

If independent boutiques are more your thing, take a wander round the Exchange Arcade or one of the side streets and alleys in the city centre, where you’ll also find designer labels like Vivienne Westwood and, for fashion buffs, the original Paul Smith boutique.

Nottingham also houses the European HQ of American credit card company Capital One, as well as HM Revenue and Customs and the Driving Standards Agency.

Nottingham is a joy to get around – it’s a great city for walking and cycling, and has an award-winning sustainable public transport system that includes green taxis and the largest bus network in England. The easiest way to get around the city centre is using the tram system, which covers the local Park & Ride car parks as well as 5 stops in the city centre.

The city is well served by the local train network too – it’s less than two hours to London King’s Cross, with direct routes to all the UK’s major cities. Nottingham even has an airport - East Midlands Airport is just 13 miles south-west of the city, and a few miles from the M1 motorway.

The downside of super-sustainable trams is that they barely make any noise, so you need to have your wits about you when crossing the road in the city centre, as you can’t always hear them coming. Time to brush up on your Green Cross Code! 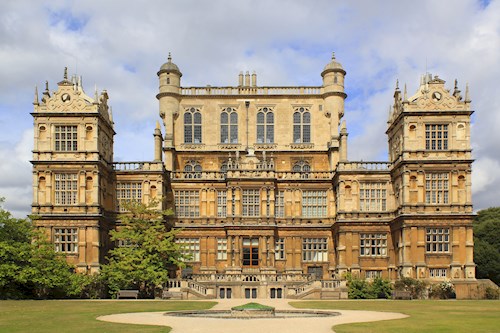